The best part about these ornaments is that they make the house smell delicious! Plus, all of the ingredients are edible so this is a safe craft to do with kids who still put things in their mouth. (Although frankly the dough doesn’t taste very good so I’m doubtful there are many kids who would want to eat much of it!) 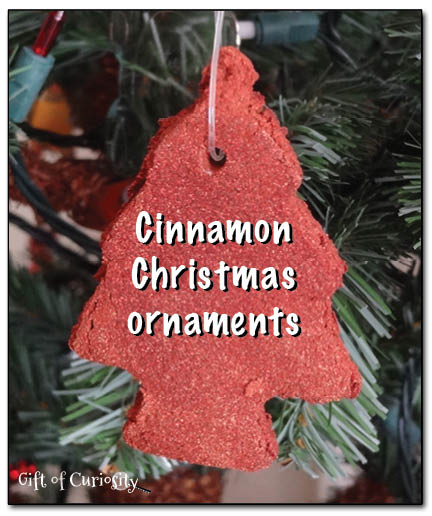 The recipe for cinnamon Christmas ornaments is very simple, as it requires just two ingredients:

We mixed together 2 cups of cinnamon and 2 cups of apple sauce. This made about 11 ornaments. You can make more or less dough depending on how many ornaments you want to make.

To save money, I recommend buying your cinnamon at a bulk store like Costco or at the dollar store. You may be able to get your apple sauce at either of those places as well. 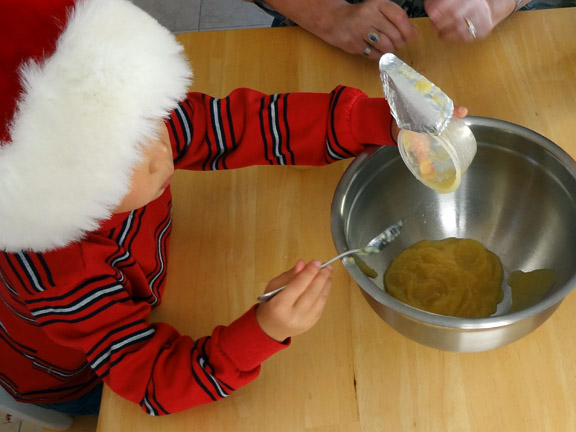 Mix the cinnamon and apple sauce together. As you can see, our dough remained a bit crumbly. 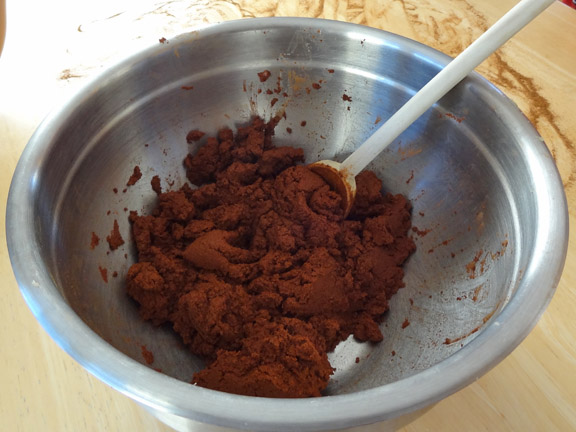 We spent some time forming the dough into balls to make it less crumbly. 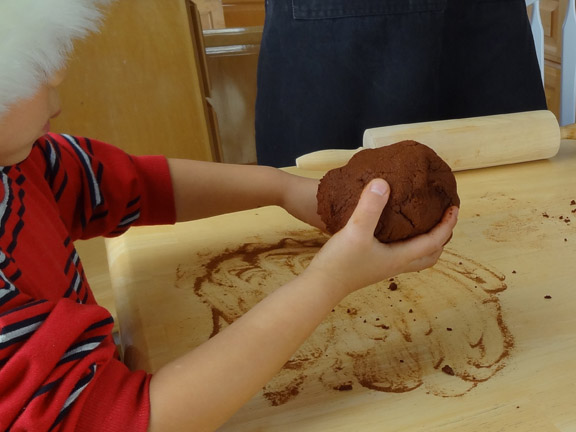 We sprinkled cinnamon on the table and rolling pin to prevent the dough from sticking when we rolled it out. However, we found that the dough cracked a lot when we used the rolling pin. We actually had better luck flattening it by using our hands. 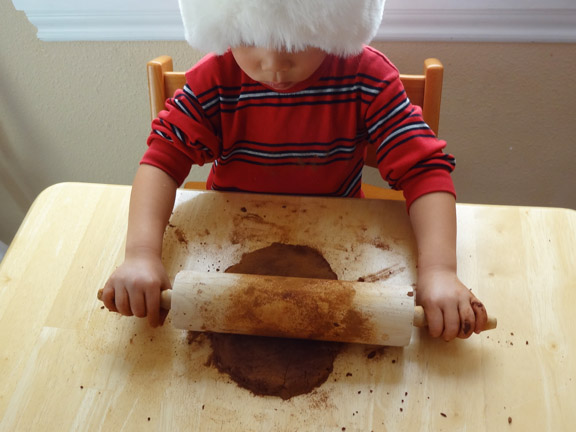 Because the dough was crumbly, we opted to roll it out pretty thick – about 1/2″ or so. Then we used our Christmas cookie cutters to cut out some shapes. 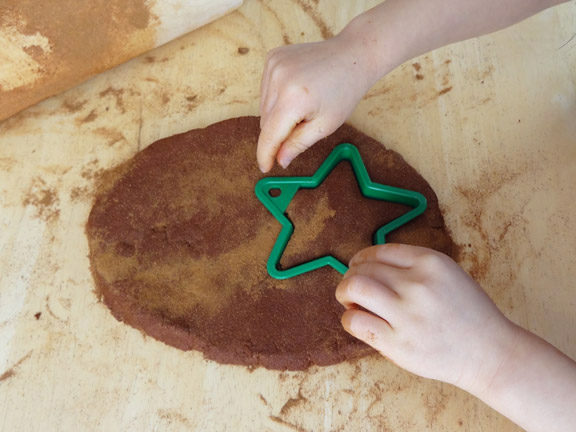 We slid all of the shapes onto a baking sheet. I used a chopstick to poke a hole in the top of them so we could later string them up to hang on the Christmas tree. 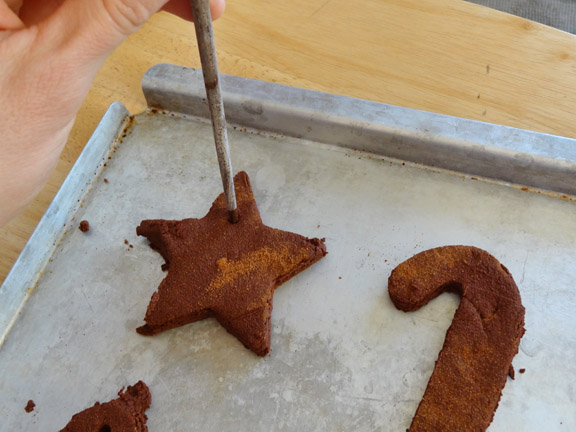 I baked them in the oven at 200 degrees for 1 hour, then let them dry overnight. They dried hard and firm. And the house smelled delicious for several days after with the scent of apple cinnamon in the air.

Once the ornaments were dry, we threaded string through the holes so we could hang them on our tree. The kids were so proud to see their ornaments decorating our tree. 🙂 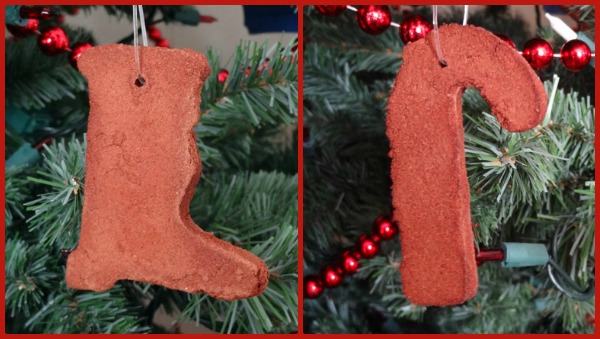