If you have a child that likes to punch, hit, and smash things, this is the activity is for you.

The next installment in my 101 Ways to Teach the Alphabet Series is called Smash the Puffy Letters, and it gives active and kinesthetic kids a chance to smash, smoosh, and squeeze away while learning their letters.

To make the puffy letters I whipped up a batch of super simple puffy paint by mixing together approximately equal parts white glue and shaving cream. I then dropped dollops of the mixture onto a tray and let it dry over night. Then voila! I had puffy balls on a tray!

I took a marker and wrote one letter on each of the puffy balls to create puffy letters. (I had two leftover puffy balls, so I wrote numbers on those.)  Then the activity was ready.

You can see in the image below just how puffy the letters were. The puffy letters feel delightful to the touch, and then quickly bounce back to their original shape when smashed.

My daughter approached the tray, and I called out a letter for her to smash.

She found it and squished it with her fingers.

Then she smashed it with her fist.

She loved getting physical with this activity and trying to “defeat” the letters. But no matter how many times she smashed them, they kept puffing right back up.

After she played this game on the tray for a while, she decided to remove the puffy letters from the tray to play some more.

The letters came off the tray and retained their shape. You could easily spread the puffy letters on the floor and let your kids stomp on them. Or let your kids smash them with a toy hammer.

I hope your kids enjoy smashing the puffy letters as much as mine did! 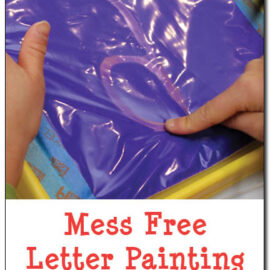 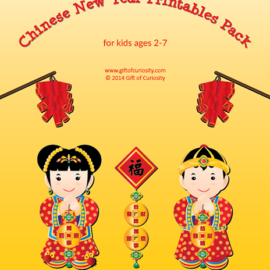 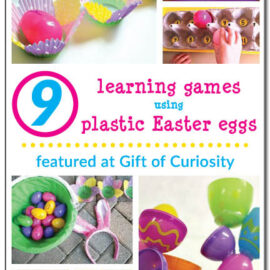