My kids and I had so much fun learning about pirates during our recent homeschool pirate unit. I always like to include a sensory activity in our unit studies, so it was natural that I would create a pirate sensory bin for my kids. Unlike many of the other sensory bins I have created, however, this one was set up as both a sensory bin and an opportunity for small world play. Indeed, my kids had a blast making up pirate stories with this bin and acting out various pirate scenarios we had read in all the books about pirates we got to enjoy.

Note: You can find more pirate-themed activities on my Pirate Unit Study page. 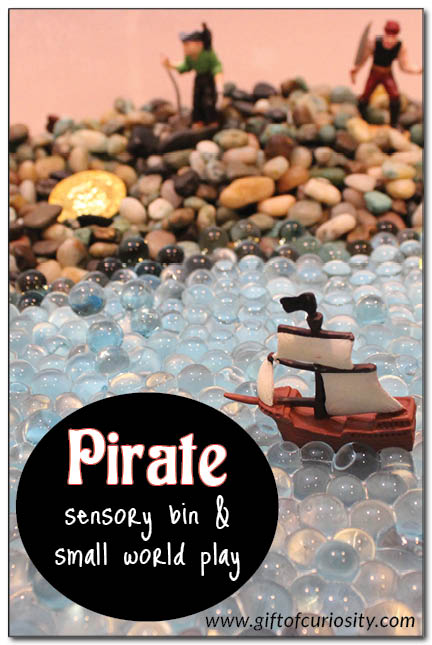 I created this bin in a large but shallow plastic container. On the left side I made a rocky beach for the pirates. On the right side I created an “ocean” from water beads

hydrated with water that I dyed slightly blue using our liquid watercolors. The pirate figurines came from our Safari Ltd Pirates TOOB

throughout the bin. After all, pirates need to hunt for treasure, right? 🙂 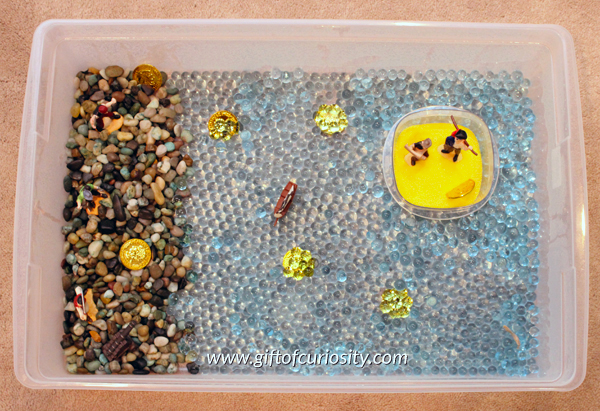 The bin included a pirate ship, of course. All pirates need a trusty ship to help them sail the ocean in search of treasure. 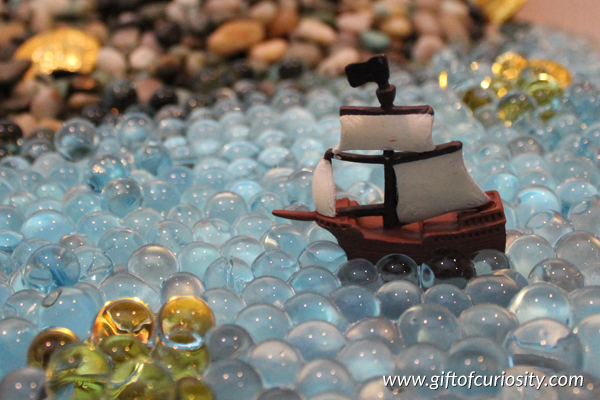 The bin included plenty of pirates on the beach. 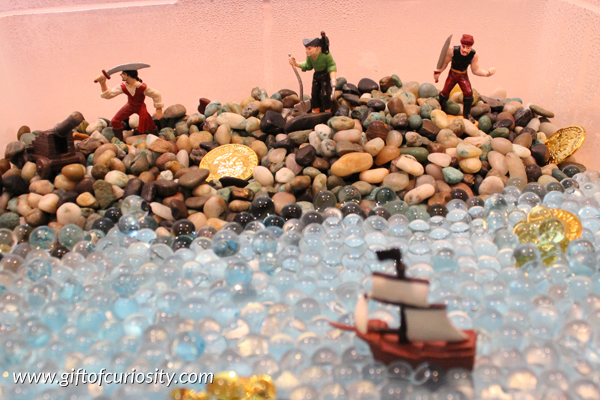 And a few pirates using their treasure map to search for hidden gold on the island. 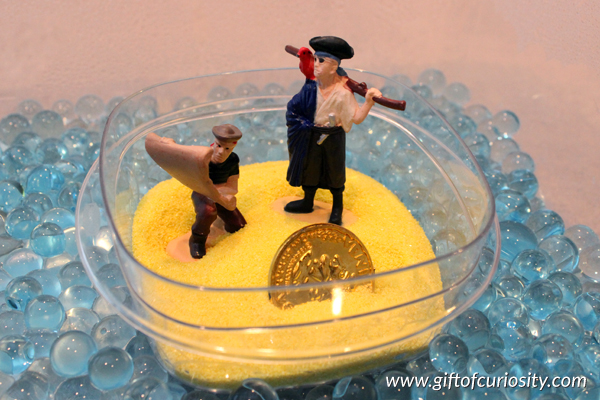 When it was time to play, I brought out our large plastic swimming pool and set the pirate sensory bin inside in an effort to contain any mess. I then invited my kids to come and play. 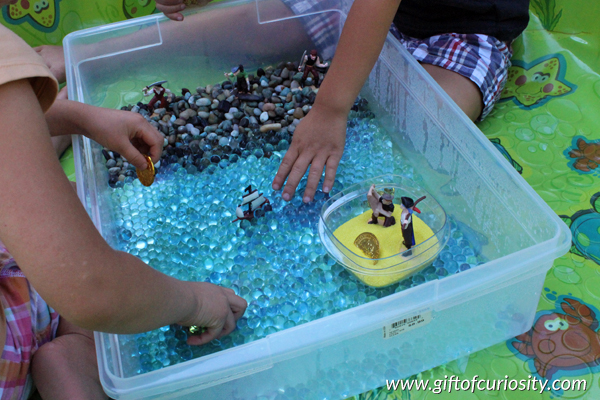 They dove right in, taking over the pirate ship to help it sail the waters in search of treasure. XGirl kept saying “Avast me matey!” as they played. 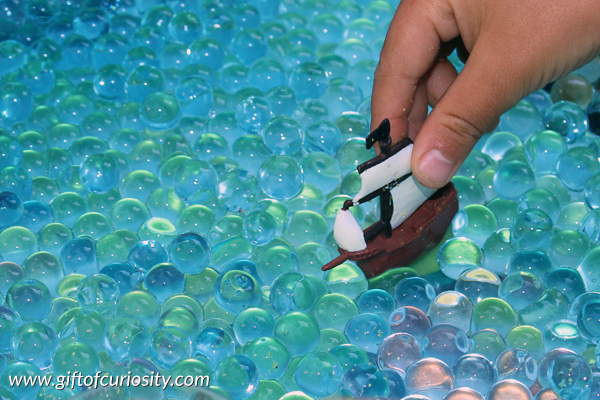 At one point, the cannon was put into service. 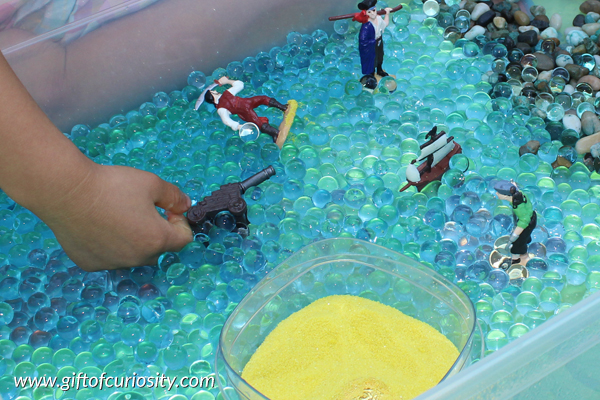 I had so much just sitting back and listening to the stories my kids came up with. It was gratifying to hear them acting out scenarios we had read about in our books about pirates, because it was an indication that they had really soaked up a lot of new information. And hearing them talk like pirates was priceless! 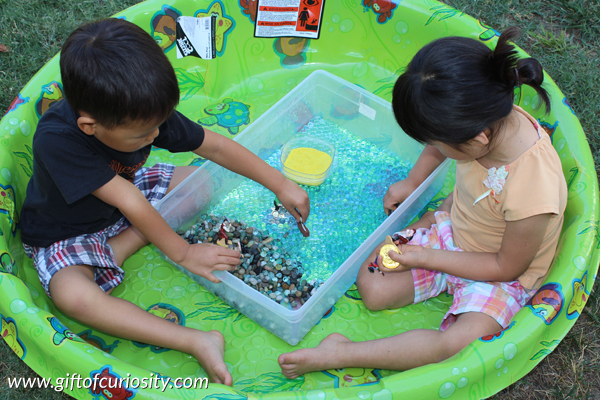