In this week’s installment of my 101 Ways to Teach the Alphabet Series, I’m sharing a DIY alphabet making opportunity to create your own letters your kids and manipulate and play with.

So before I say anything else, let’s start with two caveats:

First, It took me a few tries to find the right surface for making these hot glue letters. I tried making them on wax paper and also on cling wrap, but it was too difficult to peel the letters from the surface once they were dry. Eventually I decided to try making the hot glue letters on one of our trays. This actually worked fairly well, although it did leave the tray a little scratched up at the end.

How to make hot glue letters

I started by warming up our hot glue gun to let the glue stick melt for a few minutes.

Then I began writing the letters of the alphabet with hot glue on a tray.

The letters dried quickly – in about 10 minutes.

Then I peeled them from the tray. I didn’t have too much difficulty, but I did use a flat head screwdriver to help me peel up some of the letters.

The kids were fascinated by the letters. They looked pretty cool, because they were kind of a clearish-white. The kids really enjoyed just holding them and feeling their shapes.

They also put the letters together to form their names.

One thing we tried was to put the hot glue letters in a tray of water.

It turns out that the letters float! It was fun to simply swish the the letters around in the water. You can also invite your child to pick up letters from the water with a spoon or tongs and tell you what letter it is. 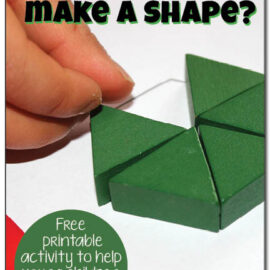 Shapes activity: How many ways can you make a shape? 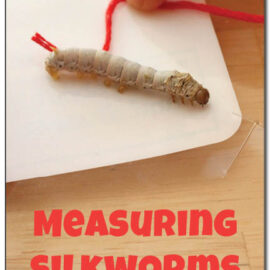 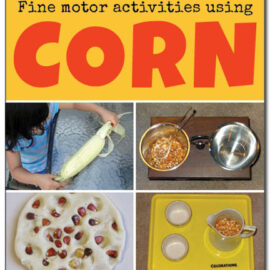