When kids are learning the alphabet, they need to learn the sounds that each letter makes. The next installment in my 101 Ways to Teach the Alphabet Series is sorting miniature objects by their initial sound. This is a great exercise in reinforcing letter sounds and helping kids listen carefully to the sounds of words.

For this activity, I suggest you start by selecting just 2 or 3 letters for your child to focus on at one time.

When I did this activity with my daughter, she was working on hearing the difference between /b/ and the /p/, so those are the letters I chose.

I set up this activity by placing a ‘b’ and a ‘p’ on either side of a tray. In between, I filled a bowl with miniature objects beginning with the /b/ and /p/ sounds, including a bucket, a block, a pear, and a pig.

All of the miniature objects I used came from the Language Object Starter Set sold by Montessori Services.

My daughter selected one object at a time from the bowl. She named the object, then determined whether its initial sound was a /b/ or a /p/.

She then placed each object under the correct letter.

She continued placing all the objects until the bowl was empty.

This is a simple and effective way to help young children learn their letter sounds. My kids love doing hands-on activities using our Language Object Starter Set, and there are endless ways to use miniature objects to help kids learn language. 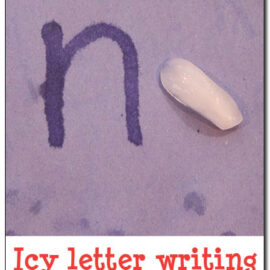 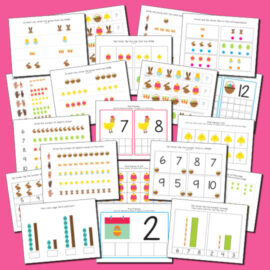 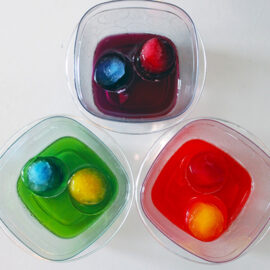