This was a basic math activity I cooked up to introduce some simple graphing practice to my kids. Because we had never done any graphing work before, I wanted to keep this activity simple. I also wanted something colorful and fun that would grab their attention. Fortunately, this pom pom graphing activity fit the bill and was a hit with my kids. 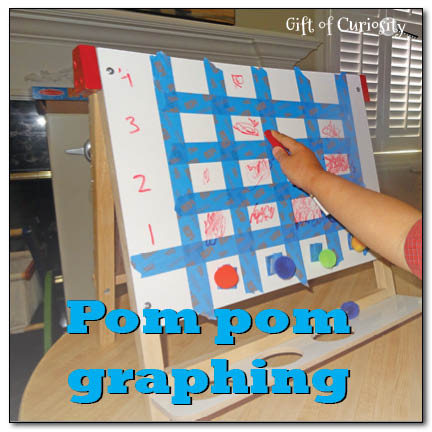 , and along the left side, I wrote the numbers 1 through 4 to correspond with the four vertical spaces of the graph.

(Looking for an easier way to make a grid? Check out my free graphing practice paper.) 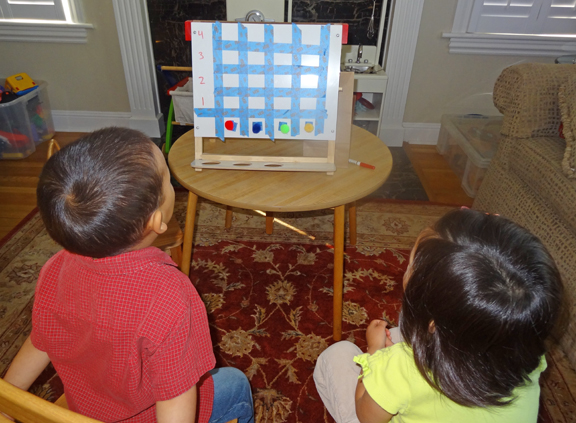 In a paper bag, I had included four pom poms

of each color to match the pom poms along the bottom of our graph. The kids took turns closing their eyes and selecting one pom pom from the bag. On the first try, XGirl selected a blue pom pom. 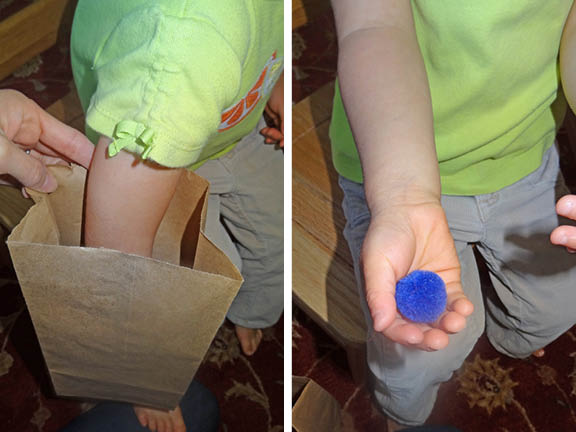 She then went to the graph and identified which pom pom on the graph matched the one she had drawn. Then she filled in the grid above the blue pom pom. 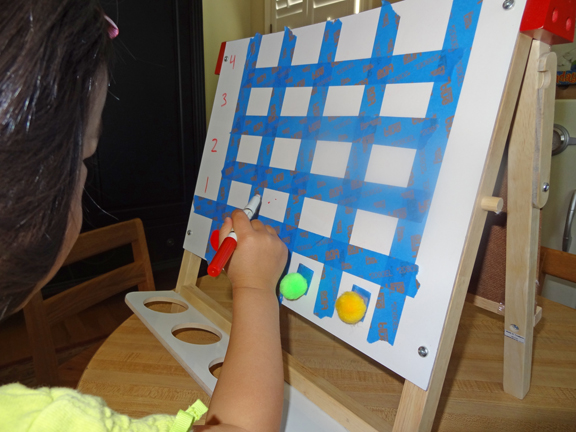 Next it was QBoy’s turn, and he grabbed a yellow pom pom. 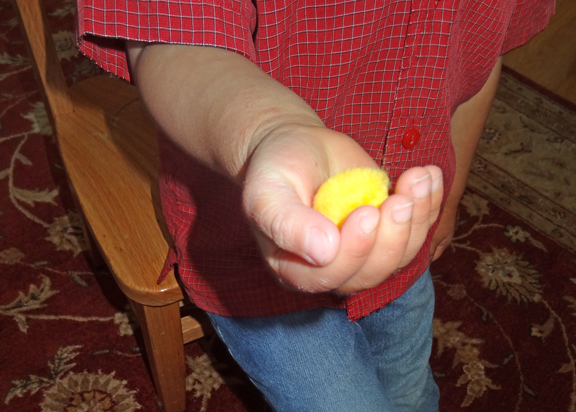 So then he filled in a space on the grid above the yellow pom pom. 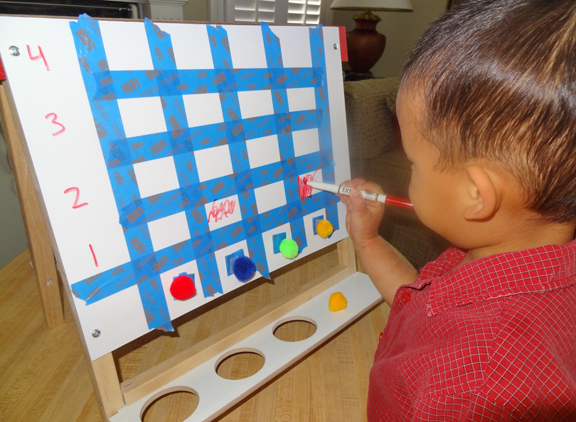 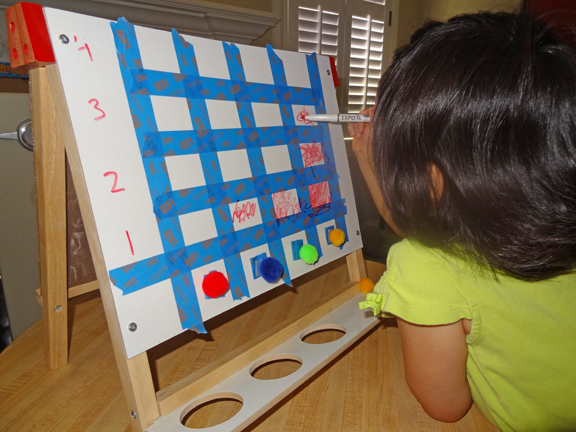 Once one of the colors had “won” by getting drawn four times, we counted up how many times we had drawn each pom pom by counting in all the squares we had filled in on our grid. I let the kids use the marker as a pointer while we did the counting, which they thought was particularly fun. 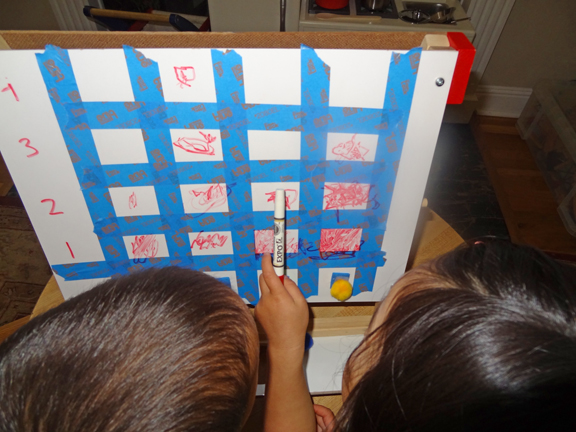 We will continue to work on graphing practice over time, but for a first introduction I thought this went really well.

For more activities, resources, and printables for teaching math, see my Math Activities for Kids page and my Math Pinterest board.