Our recent space unit began when XGirl became very interested in astronauts. So naturally, we read a ton of books about astronauts and about space travel. The kids were particularly fascinated by the idea of weightlessness in space. Among other things, my kids wondered, “How do astronauts eat in space?”

It turns out that eating in space is not that easy! Most of the food astronauts eat is either freeze dried or vacuum packed. Sometimes it is turned into a powdered form and put in pouch similar to the way a lot of baby food now comes in a pouch. Astronauts then add water and simply suck it out of the pouch.

One of the books we read talked about what happens when a liquid “spills” in space. Instead of falling to the floor in a puddle, it forms tiny little liquid drops that float in the air. The astronauts surely had fun trying to suck them up!

Another issue is preventing the food from floating away while eating. Astronauts can’t just set their food on the table while they eat because it won’t stay in place. So they either have to hold on to it or use velcro or magnets to hold it down.

To give my kids a better sense of the challenges involved in eating in space, we decided to plan our own “space meal” in order to eat like astronauts in space. 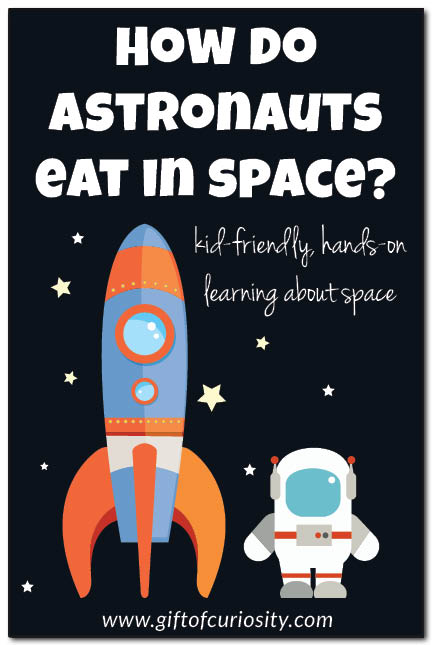 I got the idea for this activity from the Montessori Astronomy Album I received when I participated in KHT Montessori’s certificate program. When I proposed the idea of a space meal to my kids, they were all for it. I put my kids in charge of planning the menu for our space meal. They threw out ideas for the meal, and together we discussed whether those ideas would work in space. My kids then wrote their menu down so we could take it grocery shopping with us.

Below is the menu they put together. (I wasn’t focused on correct spelling, but rather on having them sound out the words.) The menu includes the following items:

I used their list to purchase the needed items at the grocery store. 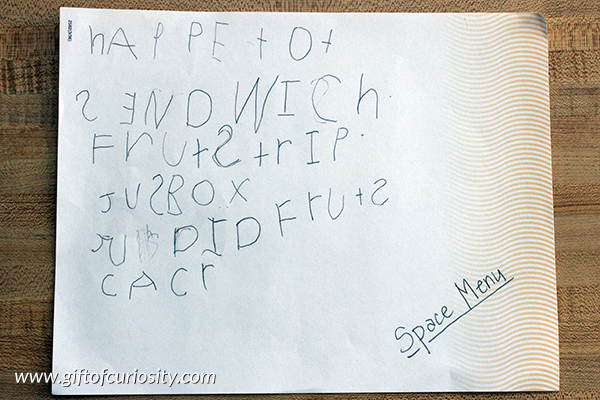 On the day of our space meal, my kids put on their  space suits. 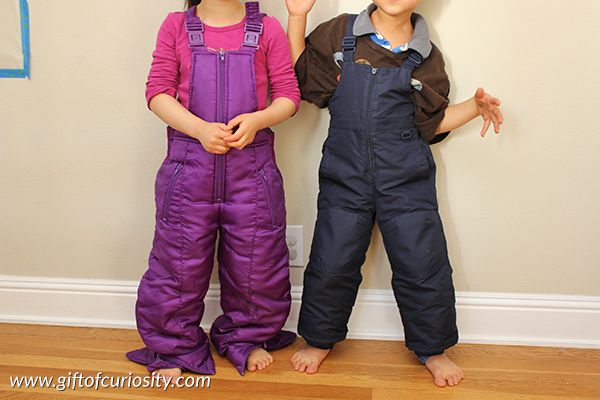 Then we talked about the need to keep our food on the table when we weren’t holding on to it. We had seen pictures of astronauts using strips of velcro to keep things in place. To simulate this, we used two of the kids’ velcro belts from their drawers and laid them on the table. We decided that all food had to be on top of the velcro at all times or it would float away. 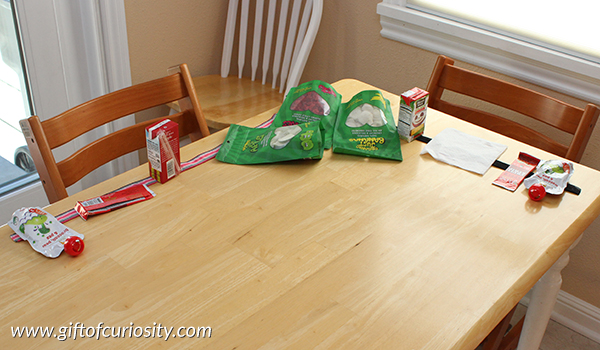 Usually our kids sit at the table during meals, but because astronauts are often floating around, my husband and I agreed that the kids could simply “float” around the kitchen while eating too. 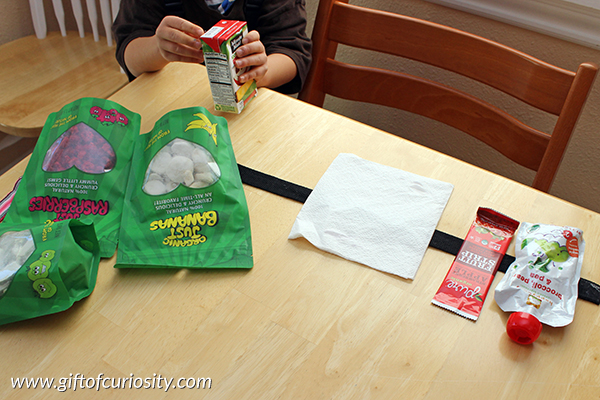 Sometimes the kids would make a mistake when they put their food back on the table and forget to lay it on top of the velcro. Then my husband and I would pretend to have the food float off into the air. This brought tons of giggles and squeals from my kids as they had to chase down their floating food.

So that was our super fun, super awesome space meal. What would be on your space meal menu? 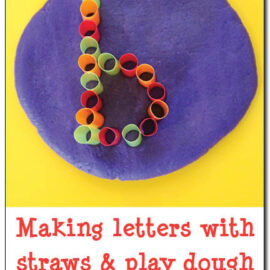 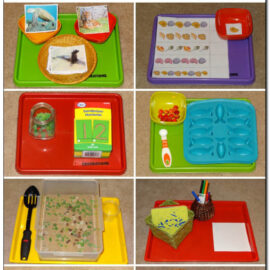 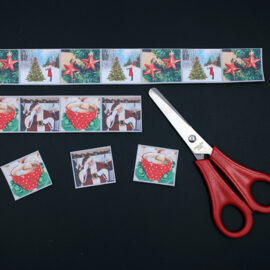