The entire reason we started our space unit was because XGirl became very interested in astronauts and travel to the moon after a field trip we took to the USS Hornet museum. There was an exhibit there about the USS Hornet’s role in retrieving astronauts Neil Armstrong, Edwin “Buzz” Aldrin, and Michael Collins when they returned from the moon as part of the Apollo 11 space mission back in 1969. This exhibit really captured XGirl’s imagination and led to us reading lots of books about astronauts, the moon, and especially the Apollo 11 mission. 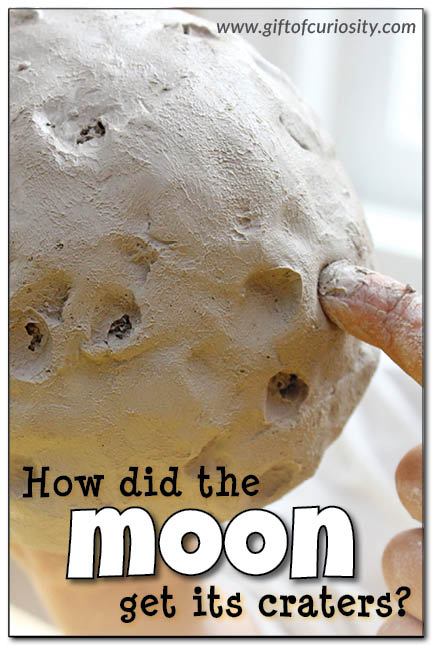 How did the moon get its craters?

From our reading, we learned that the moon is filled with craters. Most of these craters were formed when huge rocks slammed into the moon many millions of years ago. The activity I am sharing today was designed as a hands-on way to help reinforce my kids’ knowledge that (1) the moon’s surface is filled with craters, and (2) the craters were formed by rocks crashing into the moon.

For this activity, we made our own moons out of magic mud modeling clay.

We made our moons by covering a styrofoam ball with magic mud, but when the project dried the magic mud shrunk and cracked. So I would recommend skipping the styrofoam ball and just forming a ball out of 100% magic mud instead. 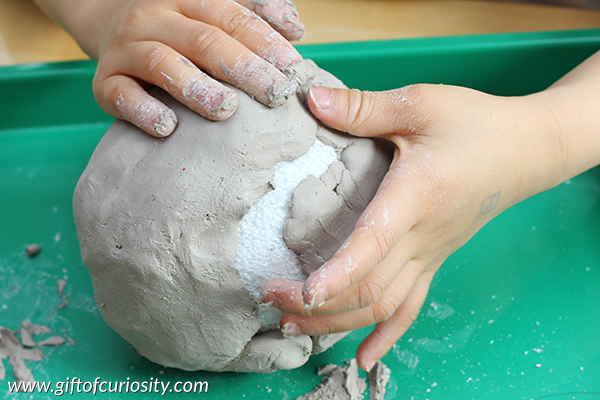 Once we had created our moons, I handed the kids some rocks and encouraged them to crash the rocks into their moons. As they did, they soon saw craters forming. 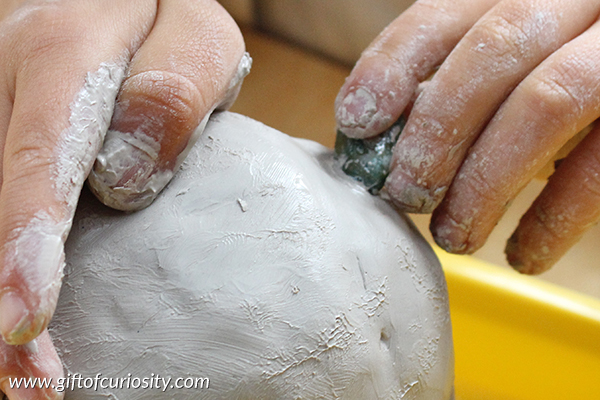 They used the rocks to make craters over the entire surface of their moons. 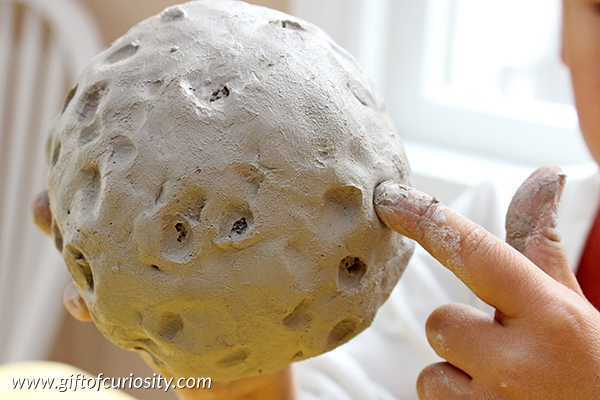 And finally, we couldn’t resist adding an American flag to our moons, just like the Apollo 11 astronauts planted a flag on the moon during their mission. 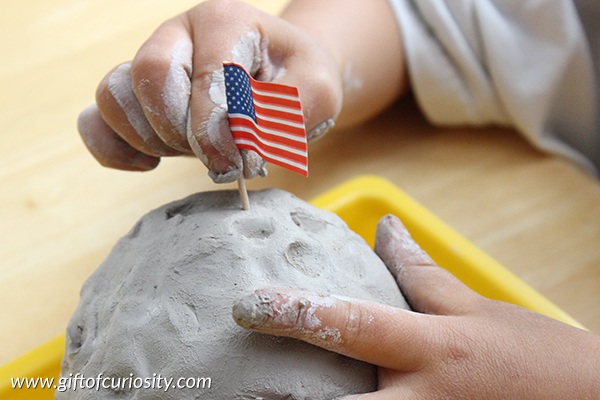 Now that we’ve done this activity, I encourage anyone to ask my kids, “How did the moon get its craters?” After this hands-on experience, I guarantee my kids know the answer. 🙂

More resources to learn about the moon

More posts about the moon from Gift of Curiosity:

You’ll find more resources for learning about the moon on my Space Unit Study page and my Space and the Solar System Pinterest board. 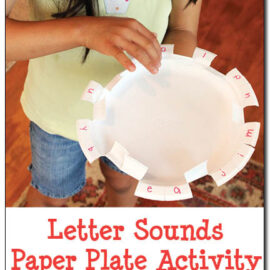 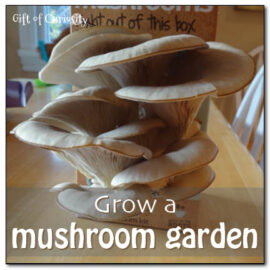 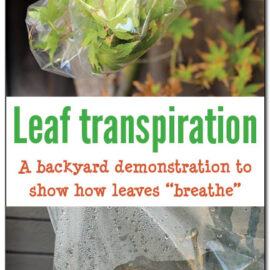 How leaves “breathe”: a backyard demonstration of leaf transpiration