January seems to be a popular time to study polar animals and lands. If you plan to focus on penguins anytime soon, check out my review of books about penguins for kids. Or to be more accurate, 12 books + 1 awesome documentary about penguins :-).

Note: You’ll find more resources for learning about penguins and other polar animals on my Polar Animals and Lands unit study page. 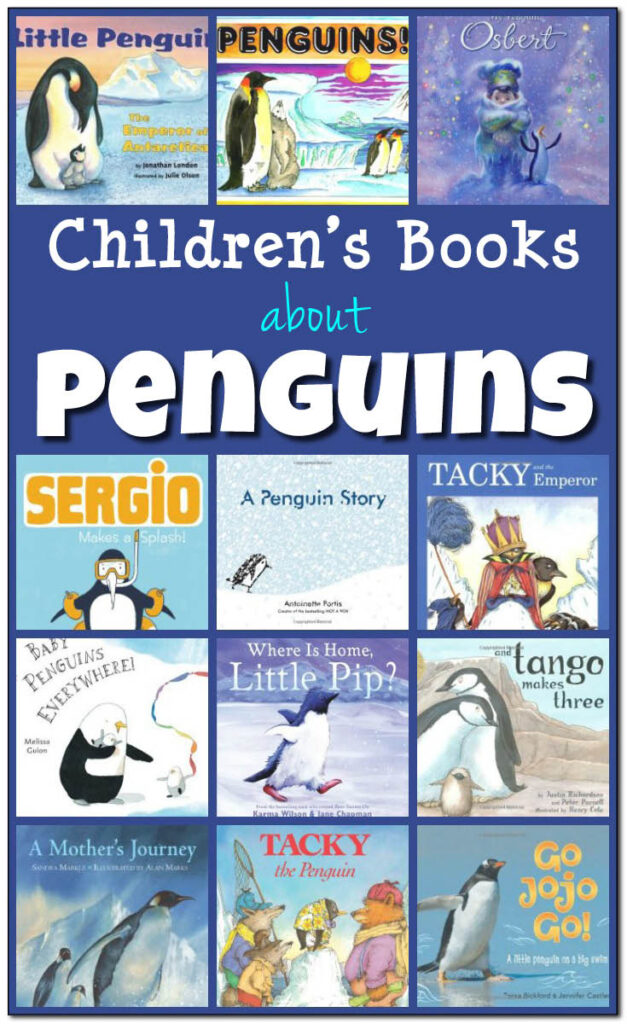 I am a big fan of Gail Gibbons’s work, and this book did not disappoint. This non-fiction book provides young penguin enthusiasts with lots of detailed information about penguins in a very accessible format. The book starts with a discussion of the 17 different kinds of penguins and where they live. It then goes on to describe how penguins – one of just a few species of flightless bird – are well adapted for life in the water. The book also describes their annual courting and mating rituals, how penguins prepare their nests, and how they take care of their eggs and young penguin chicks. Finally, the book discusses threats to the penguins, such as oil spills and over-fishing, as well as attempts to protect them.

Little Penguin: The Emperor of Antarctica

Although told as a story, Little Penguin provides lots of fascinating and fact-based information about the life of an Emperor penguin in Antarctica.  In this story, we meet an Emperor penguin on the first day of his life as he hatches out of his egg. We learn how his parents take turns feeding him and caring for him. We join him as he learns to slide on the ice and swim in the ocean. We follow along as he narrowly escapes being eaten by a leopard seal. And we rejoice when he is finally old enough to care for his own egg as he waits for his baby chick to hatch.

This book tells the beautiful tale of a female Emperor penguin who has just laid her first egg somewhere in Antarctica. She leaves the egg with her mate, then journeys across the ice along with thousands of other female penguins. They are headed to the sea to find food. It will be their first meal in over a month, and the female penguins must eat. They must eat not only for themselves, but to be able to feed their baby chicks who will be hatching while they are gone. This story details the female penguins’ harrowing journey to the ocean, the dangers they face as they feed, and their days-long trip back to the Emperor penguin rookery. We observe the mother penguin reuniting with her mate and meeting her baby chick for the first time. This books tells a tale that repeats thousands of times each year among the Emperor penguins in Antarctica. Accompanied by beautifully detailed illustrations, this book will be adored by young children who love penguins. Parents and teachers will appreciate the educational value it provides as well.

Go Jojo Go! A Little Penguin on a Big Swim

by Tessa Bickford and Jennifer Castles

The text and photographs in this story were taken by the author Tessa Bickford in 2008 while working as a fur seal researcher on the remote, sub-antarctic island of Macquarie. This book provides young children with a taste of life on Macquarie Island, which is inhabited by millions of penguins.

The story is told from the perspective of a penguin named Jojo. Little Jojo starts off as a young penguin living on a beach. His Daddoo tells him that if he swims far enough, he will reach icebergs. However, Jojo isn’t quite ready to swim that far yet. So he observes the other animals on the island, including elephant seals and skua birds. He also practices his swimming skills. Eventually, little Jojo is big enough to swim into the ocean by himself. He enjoys catching fish, but then suddenly he sees a large whale coming toward him! Is it an orca? Is he in danger? What will Jojo do? Young children will be delighted by this penguin coming of age tale told in beautiful photographs.

This book tells the true story of a penguin family living in New York’s Central Park Zoo. This family consists of two boy penguins, Roy and Silo, who fall in love. They walk together, swim together, and sing to each other. But while Roy and Silo can do many things, they cannot lay an egg like the other penguin couples. One day, the zookeeper brings Roy and Silo an egg that could not be cared for by its biological parents. Roy and Silo take turns keeping the egg warm until one day the egg hatches. The baby penguin is named Tango, and Roy and Silo become its parents. They feed her, snuggle with her, and teach her how to swim. Roy, Silo, and Tango become a family of three.

Tacky the penguin is a very odd bird. The other penguins are quiet, dive gracefully, and sing beautifully. Tacky, on the other hand, is loud, makes splashy cannonballs, and sings strange songs. One day hunters come to catch some “pretty penguins.” The other penguins hide, but Tacky greets the hunters with a loud slap on the back. He shows them the wacky way he marches and he sings one of his horrid songs. The hunters can’t stand his singing, and end up running away with their hands over their ears! The other penguins come to realize that Tacky may be odd, but he is also nice to have around.

Tacky and the Emperor

This is another book in the Tacky the Penguin series. This time, Tacky and his friends receive word that the emperor will be coming to visit them. They begin preparations to greet the emperor, planning food, decorations, and entertainment. While preparing his part of the emperor’s welcome, Tacky accidentally stumbles upon the emperor’s empty ice palace. He finds some nice clothes, and not realizing they belong to the emperor, he puts them on and heads back to his home. When Tacky arrives, his friends mistake him for the emperor and treat him accordingly with fancy greetings, fish-flavored food, and dancing for entertainment. In the midst of this, the real emperor arrives. With his usual wacky ways, Tacky takes his turn to entertain the emperor. The emperor, in turn, is delighted to have a different kind of reception than what he is used to!

Where Is Home, Little Pip?

Pip is a baby penguin hatched on the shores of Antarctica. She spends her days playing, with her parents always telling her, “Don’t wander far, Little Pip.” But one day, Pip spots a feather glittering against the white ice. She chases after the feather, but before she knows it, she is far from home and doesn’t know how to get back. As she looks for her Mama and Papa, she runs into several animals and asks each of them, “Where is home?” Each animal replies with a poem describing its home, but none are home for Little Pip. Feeling defeated, Pip begins to sing a song her parents taught her. At that moment, she finds her Mama and Papa and in the process learns the true meaning of home.

How many kids have dreamed of having a penguin for a pet? This book shows what might happen if that dream were to come true! A young boy receives a penguin named Osbert from Santa for Christmas. Although he is thrilled at first, he soon discovers it isn’t all that fun to spend all day in the snow, take cold baths, and eat creamed herring with seaweed jam for breakfast. The young boy asks Santa to reconsider his gift, and Santa sends him tickets to Antarctic World at the zoo. The boy and Osbert visit the exhibit, where they come to a mutual agreement that they would both be happier if Osbert remained at the zoo.

Edna is a penguin whose whole world consists of just three colors: white, black, and blue. But she has a nagging feeling there must be more colors in the world than just these three, and she sets off to find them. Eventually she runs into the scientists’ camp at the South Pole. . . and she sees orange! But once the scientists go home, she wonders, “What else could there be?” This is a good choice for kids learning colors, but overall was not my favorite book.

Kids will enjoy this book, but it is parents who will recognize the true message in this tale – a message that parenthood is exhausting, but ultimately still worth it. In this story we meet a penguin who is all alone. One day the penguin finds a hat floating in the ocean. She picks it up and out pops one baby penguin, then another, and then another! Soon the place is filled with baby penguins! The penguin isn’t lonely anymore. Instead, she is really, really busy and also really tired. Although she longs for a minute to herself, she also recognizes that being with others is ultimately a lot more fun.

Sergio is a penguin who loves soccer, fishies, and, most of all, water. He loves the bathtub. He loves the rain. He loves puddles. And he loves to drink water. However, Sergio is afraid of deep water. . . because he doesn’t know how to swim! One day his class takes a field trip to the ocean in order to learn to swim. All his classmates jump into the ocean, but even though he is wearing a life preserver, Sergio is scared. Nonetheless, he eventually jumps in. . . and ends up loving it!

March of the Penguins

Okay, so this isn’t a book but I couldn’t help but include this beautiful and moving movie in my review. Narrated by Morgan Freeman, this documentary provides a fantastic look at life for Emperor Penguins living in Antarctica. Books, of course, are wonderful, but I learned so much about penguins from this movie. The story telling and cinematography are first rate, and viewers will ooh and aah at the adorable penguins. While the video is not gruesome, it does not shy away from some of the harsher aspects of penguin life. Amazon will allow you to buy or rent an e-version

of the movie if you prefer, or you can also buy the DVD

You’ll find more resources for learning about penguins and other polar animals on my Polar Animals and Lands unit study page and my Polar regions Pinterest board. 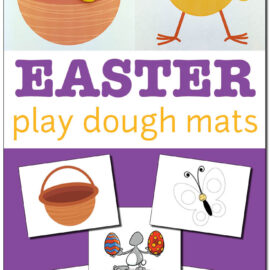 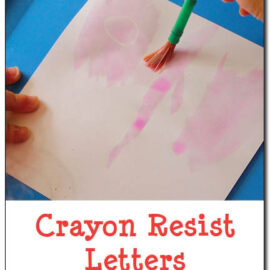 Find the crayon resist letters {101 Ways to Teach the Alphabet} 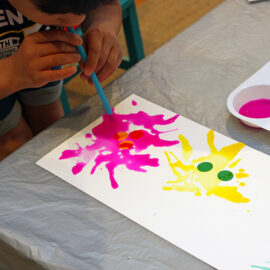 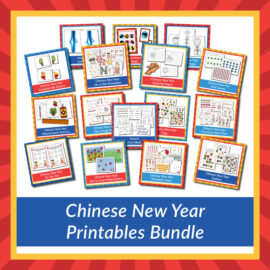 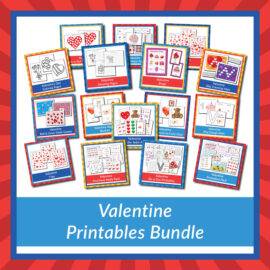