Helping children to identify and express their feelings is so important. Toward that end, I am sharing four feelings activities for kids that I recently did to help my kids learn more about feelings.

These activities coincided with work my husband and I have been doing at home to get the kids to use “I statements” when they are feeling sad/upset/angry with each other.  We have grown tired of the kids screaming when one annoys the other, and we have been trying very hard to give them practical tools and words to use instead of needing to resort to screaming. 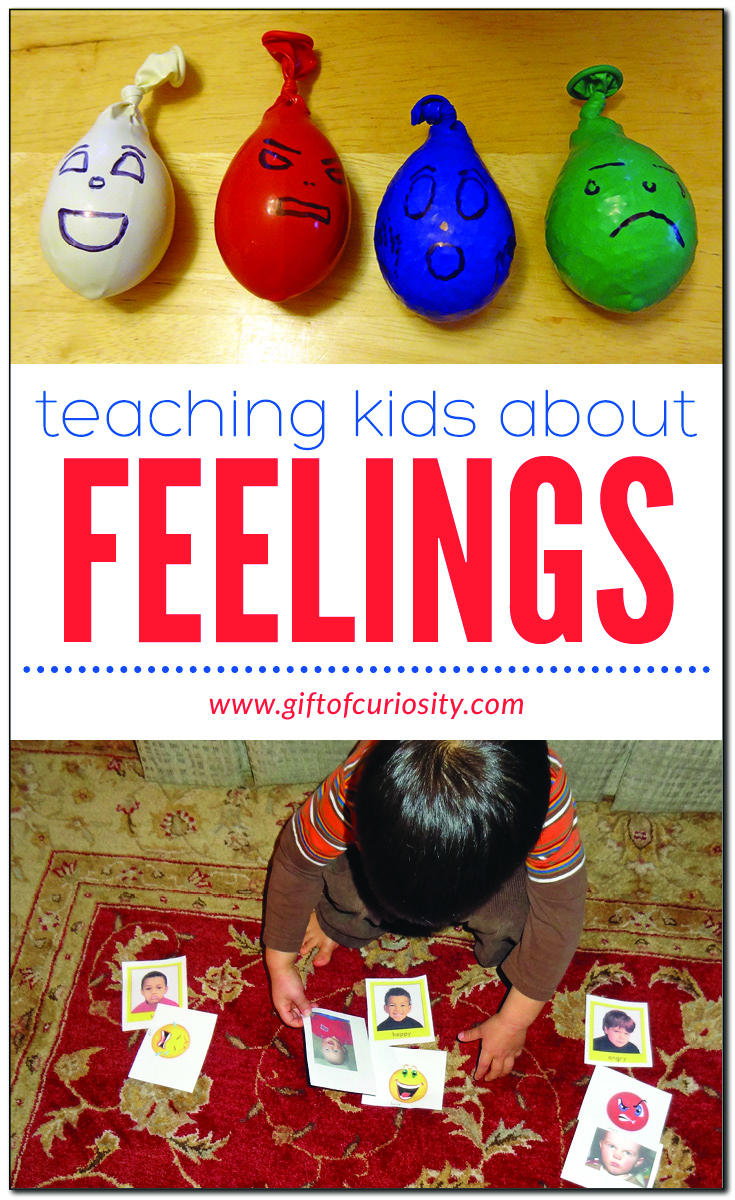 As part of our learning we read books about feelings. I’ve got a post sharing 45+ books about all sorts of different feelings where you will be sure to find a few books you can use. 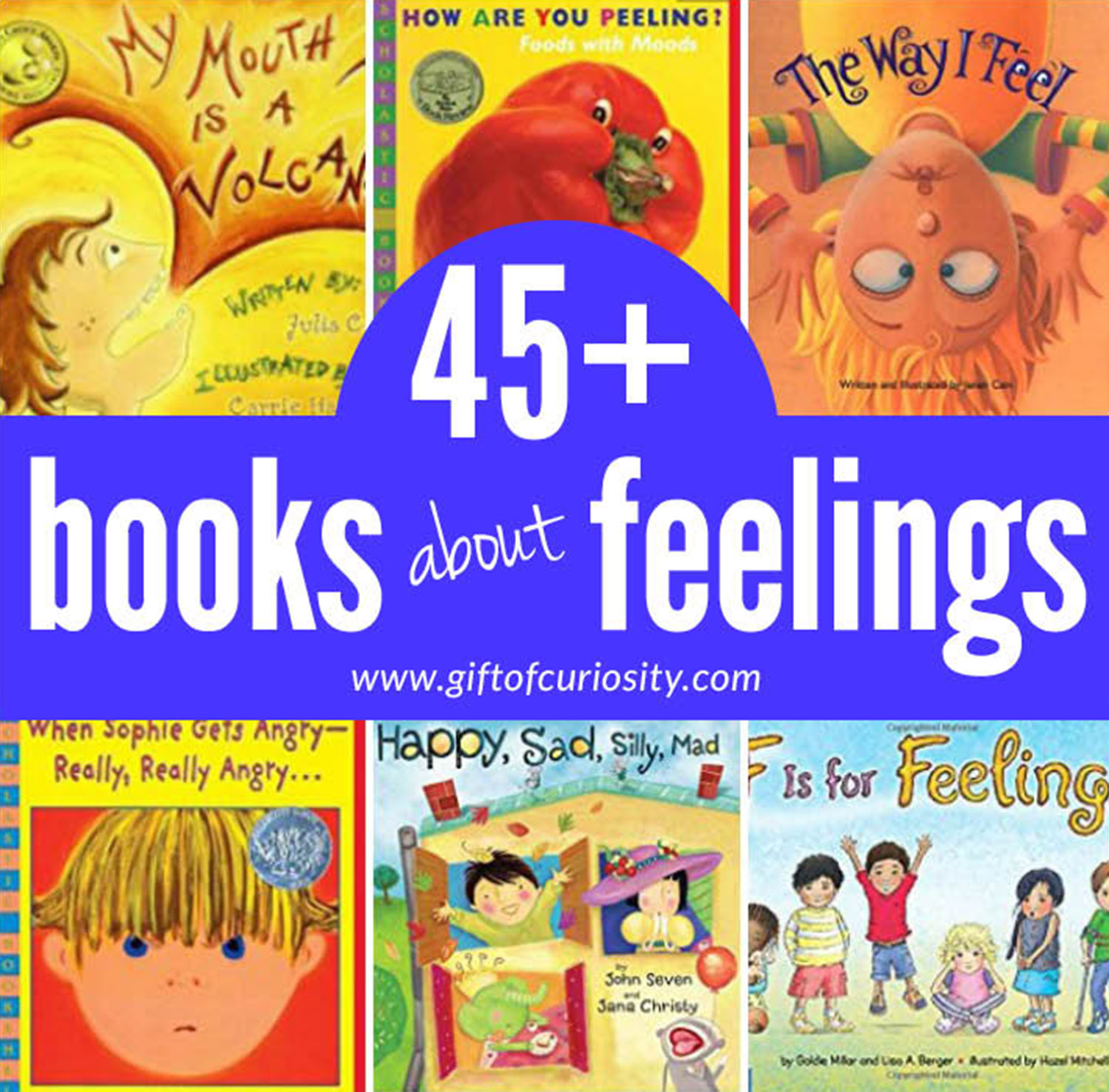 For our feelings sort activity, I decided to focus on five primary feelings: happy, sad, angry, surprised, and scared. Toward that end, I found and printed pictures from the internet representing each of those emotions. I started the activity by presenting an exemplar of each emotion to the kids so we could talk about what people’s faces look like when they feel a particular emotion. We noticed, for example, that scared and surprised faces both have similar wide eyes but their mouths make different shapes.

Then the kids took all the pictures and sorted them into separate piles for each emotion. 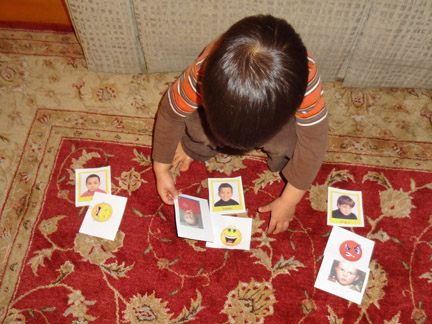 The kids did a great job of sorting the feelings into piles, only getting confused by a few of the pictures. 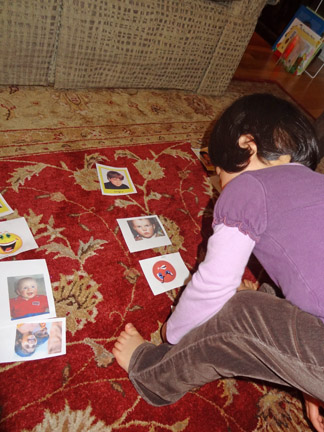 At the end, we had five piles representing each of the feelings. 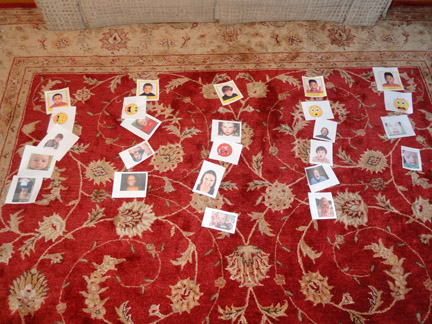 After sorting the feelings pictures, we then played feelings charades. The kids took turns drawing a feeling card and then acting out that feeling. They especially enjoyed acting out surprised and shy. XGirl, in particular, thought that surprised was a very fun emotion to act out and to this day, when she hears anyone say the word “surprised,” she will make a very dramatic surprised face.  🙂

We did not use these, but I imagine the Todd Parr Feelings Flash Cards

would have been a nice addition to our feelings charade and feelings sort activities.

Inspired by a post at Pre-School Play, we also decided to make feelings stress balls. I started with four balloons and some homemade play dough. 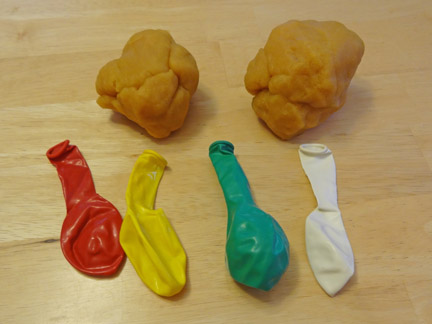 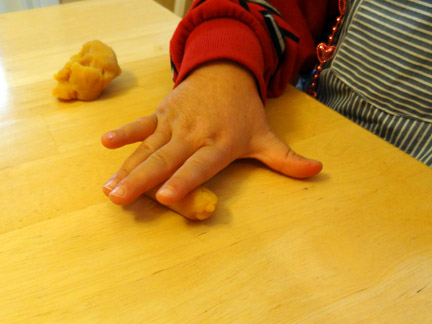 Once our play dough was rolled in to thin snakes, I held open the balloons while the kids inserted the play dough inside. 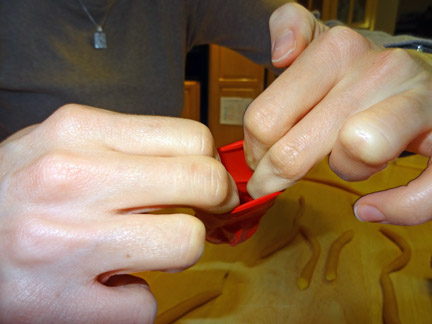 It was hard work to keep the balloons stretched open while my kids shoved the play dough in! After making two, my arms were shaking and I decided we would take a different approach to making the rest. (I also rationalized this by deciding that comparing the sensation of a feelings stress ball made from play dough with one made from rice would be a worthwhile endeavor as well. :-))

So I gathered two more balloons, some uncooked rice, and a funnel. 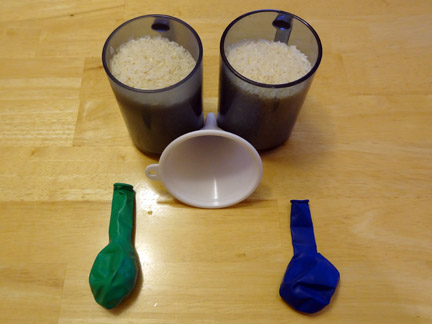 We inserted the funnel into the top of the balloon. 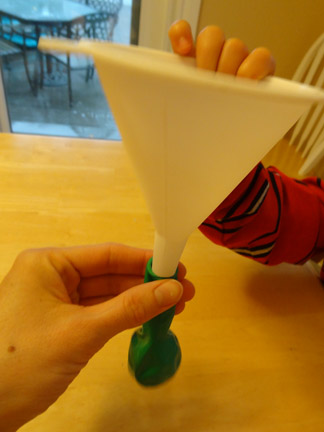 As I held the funnel, the kids poured rice in to their balloons. I found it worked best for the kids to pour and then for me to take out the funnel and blow a bit of air in to the balloon to get the rice to move down, then re-insert the funnel to pour more in. 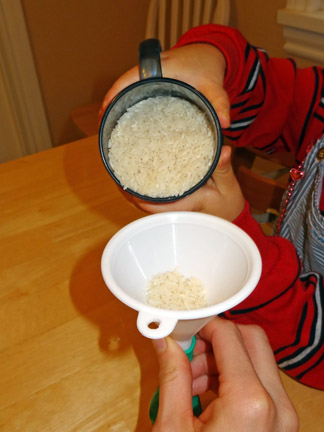 When the balloons were full, we drew faces on them using a Sharpie marker to represent the emotions of happy, angry, surprised, and sad. 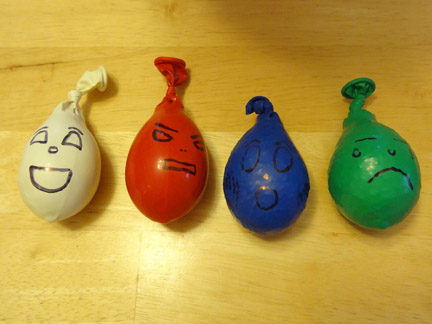 The kids had so much fun playing with their feelings stress balls. 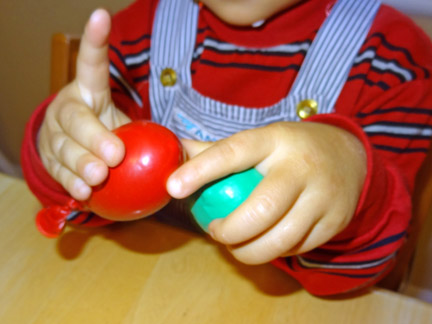 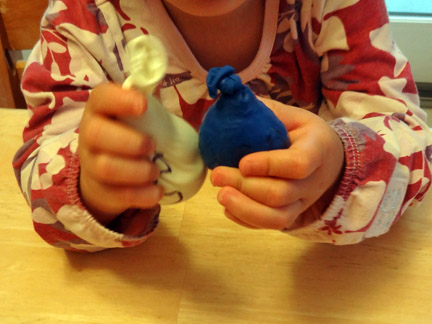