I recently introduced my kids to the topic of our five basic senses. After doing an overview of the five senses, we are spending some time exploring each of the senses in more depth. Today I am sharing a sense of touch activity for kids.

Our skin is the primary organ of touch on our bodies. Our sense of touch is strongest on our fingertips. Nonetheless, we are able to perceive touch on all parts of our skin.

To focus on our sense of touch, I prepared a Montessori-inspired sandpaper grading and matching activity for my kids to complete.

Note: For more activities and printables on each of the five senses, see my Five Senses Unit Study page. 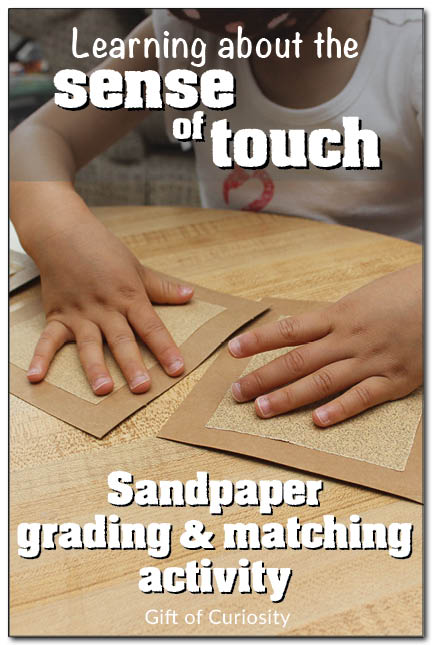 The top layer of our skin is called the epidermis. This layer contains touch receptor cells that take in information from the environment and pass it along to our brains. In this way, our sense of touch is what gives our brain information about temperature, texture, pressure, and more.

If you are looking for a good book to help explain the science behind touch to your kids, I recommend The Magic School Bus Explores the Senses

However, The Magic School Bus book was too advanced for my kids. Instead, we read The Five Senses: Touch

We also read The Sense of Touch

by Elaine Landau, which provides more details than the Ruis book but was still simple enough for my preschool-age kids to enjoy.

We then did two related activities using our sense of touch. 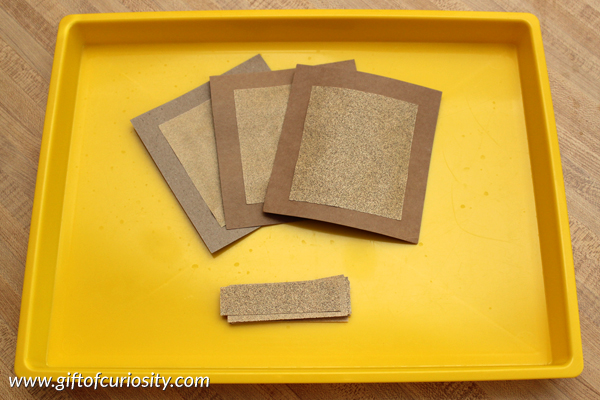 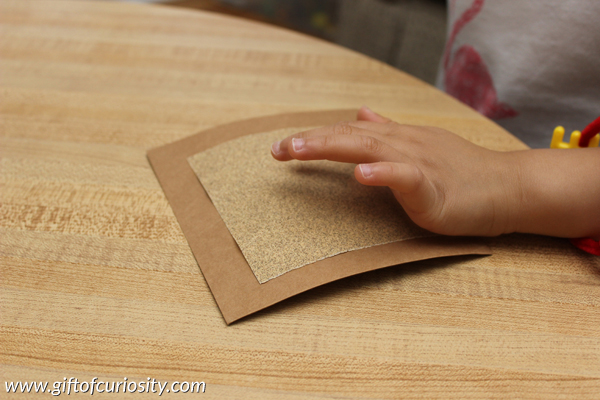 On this particular day, the kids’ “babies” wanted to join in on the fun. So of course the monkeys got to feel the sandpaper as well. 🙂 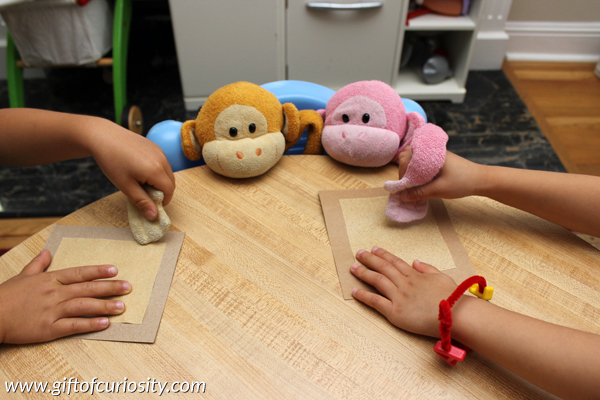 Once the kids (and monkeys!) had explored the sandpaper, I had the kids put on their blindfolds. In our case, their “blindfolds” are ski hats that they like to pull over their faces. 🙂 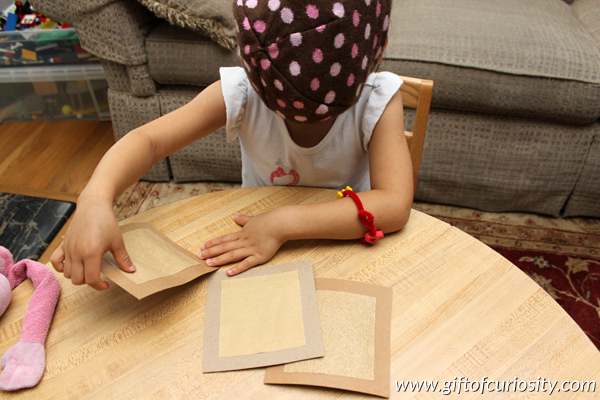 I then encouraged them to put the sand paper in order from smoothest to roughest using only their sense of touch. 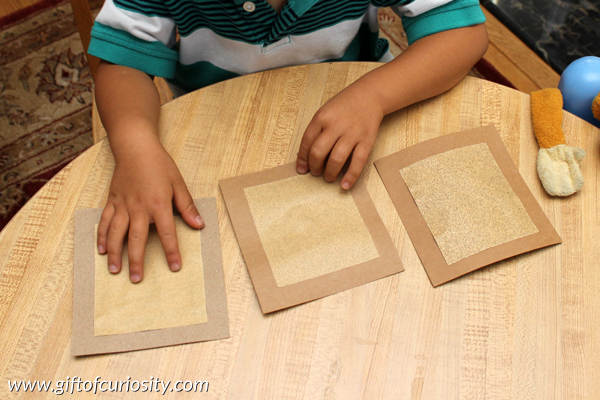 Once they had the sandpaper in order, they took their blindfolds off and checked the numbers I had written on the back of the cards to see if they had done it correctly. 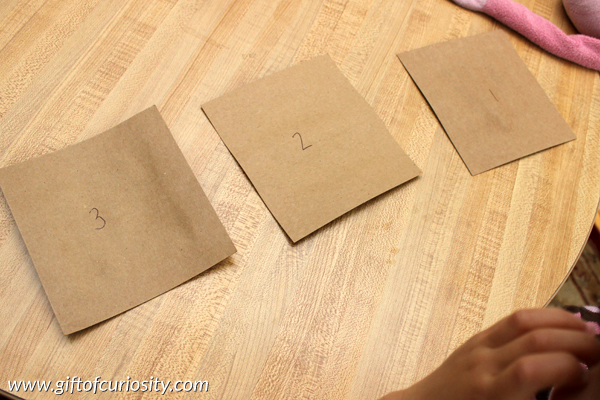 Both kids did well grading three sandpaper cards. Then I invited them to do a sandpaper matching activity.

Having already put the sandpaper cards in order by grade, they put their blindfolds back on. Then I handed them small strips of sandpaper, one at a time, and invited them to match the strip to the sandpaper card of the same grade. 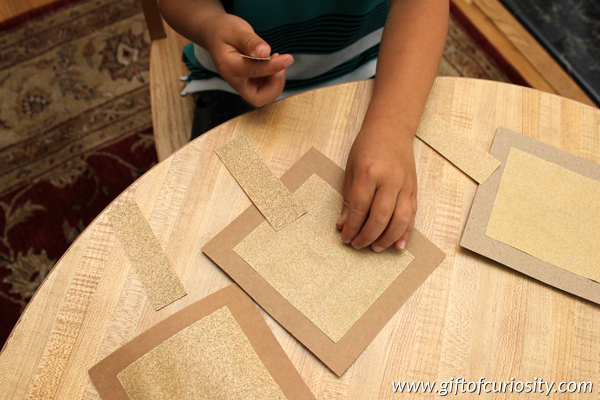 Both kids were able to match most of the sandpaper strips, but did make some mistakes. In that regard, this activity was at a perfect level for them. Not so easy that they didn’t learn anything, but not so difficult that they were frustrated.

All in all, they really enjoyed this short lesson. And it makes for a very easy sense of touch activity for kids!