This mini lesson on polar animals and Arctic ice came about somewhat on a whim, but my kids absolutely loved it.

As part of our lessons on polar animals and lands, we have recently focused on polar bears and their relationship to other Arctic animals (e.g., which animals the polar bears like to eat!).

Along with that we’ve been discussing how the Arctic is covered in ice for much of the year, and how many animals (like polar bears) rely on the ice in order to survive.

The point of this lesson was to drive home the importance of Arctic ice and to reinforce how various animals use the ice to survive. 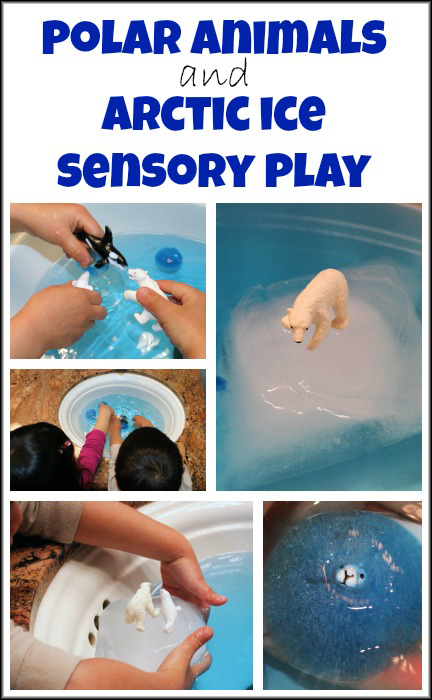 This lesson started by watching a few online videos of Arctic animals.

From these videos, the kids learned how polar bears swim from ice floe to ice floe, resting on the ice as they go further and further from land in search of food. We also observed how other animals, such as seals and walruses, come up through holes in the ice in order to breathe. Polar bears often catch their prey by sitting patently at these breathing holes waiting for an animal to surface. And orcas will swim beneath an ice floe and bump it in order to knock their prey – including polar bears! – into the water for easy capture.

The idea for the sensory play part of this lesson was inspired by a post at Pee Dee Mama. Like Pee Dee Mama, I created an “iceberg” by putting water into a Ziplock bag, ensuring that there were no leaks, and then placing in into my freezer overnight. I also decided to create some smaller ice floes by freezing about an inch of water in three plastic cups.  While I left the iceberg a natural color, for greater effect I added blue coloring to our ice floes using our liquid watercolor paints

When we were ready to play, I filled our bathroom sink with water and began by adding the three ice floes. 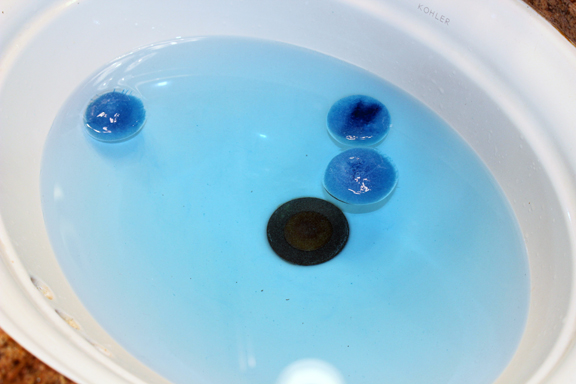 Then I gave the kids a few of the Arctic animal figures from our Safari Ltd Arctic Toob. XGirl and QBoy dove into the water enthusiastically. They role played having the animals swim from ice floe to ice floe. We talked about which of Arctic animals from our Safari Ltd Arctic Toob were land animals, which were sea animals, and which went on both land and sea. 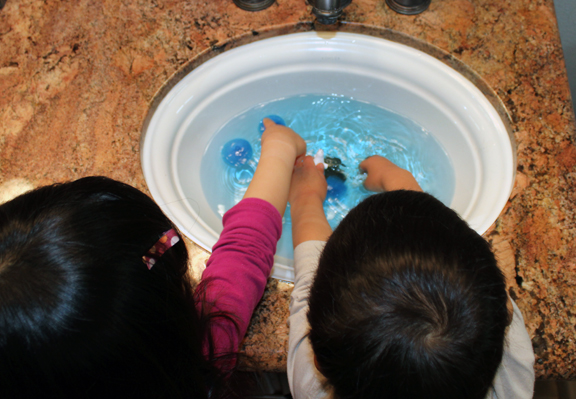 The ice floes I had created were fairly small, and they melted quickly. As they melted, one of them got a hole in the middle. QBoy noticed this right away and, making a fabulous connection with some of the videos we had seen, said it was a breathing hole for the seals. 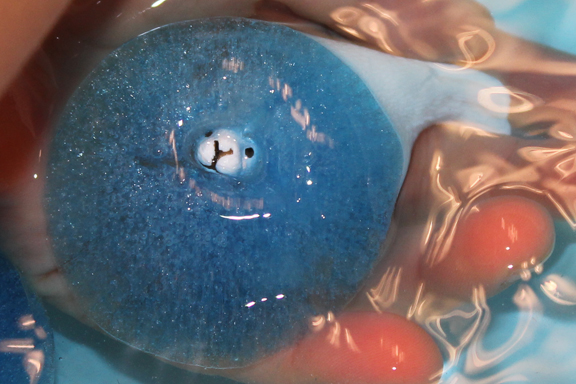 As the kids continued to play, we talked about the Arctic food chain. We discussed how orcas eat polar bears and polar bears eat seals and walruses. 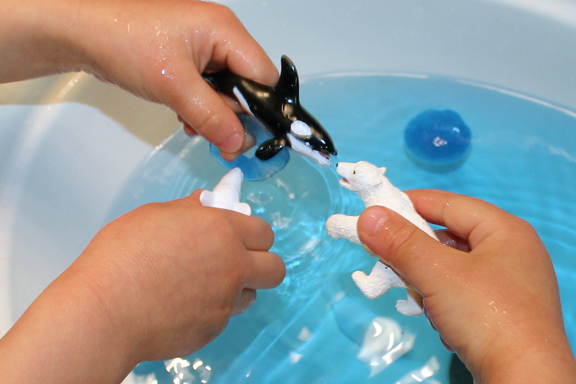 Eventually our ice floes melted. This was actually a great opportunity to have a conversation about what happens to polar bears when there is no ice for them to rest on.

With the ice floes gone, I brought out the iceberg I had created.

Now, the polar bear had a proper place to rest. 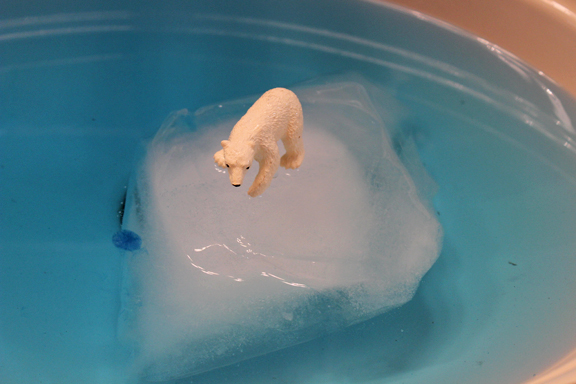 QBoy was really into acting out the predator-prey relationship. The seal on this iceberg didn’t last long once the polar bear came along! 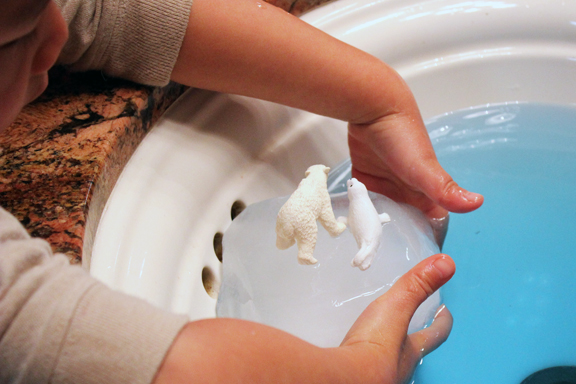 This simple Arctic ice sensory play activity had so many wonderful lessons wrapped inside. It was also a wonderful way to reinforce what the kids had learned through books and videos. 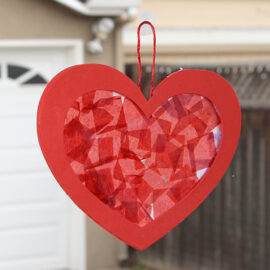 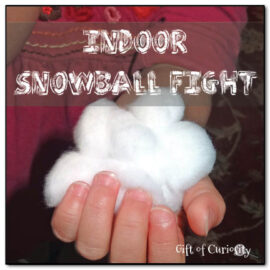 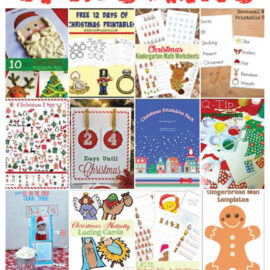