In our homeschool I like to use a variety of materials to work on language concepts including letter recognition and phonics. One wonderful tool in my language arts “toolbox” is a set of miniature objects. The miniature objects I own come from the Language Object Starter Set sold by Montessori Services. 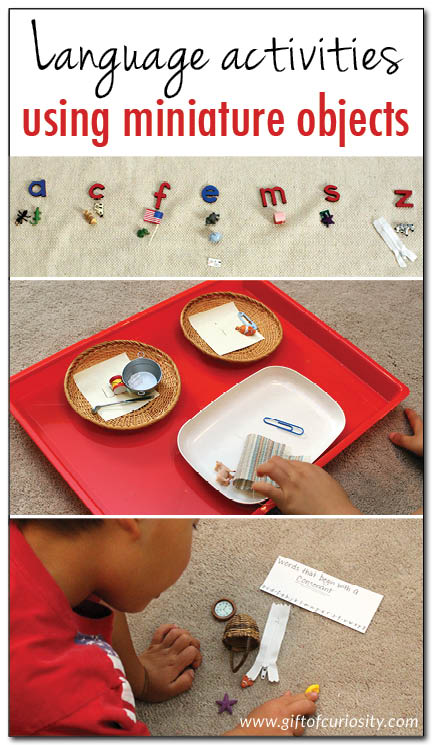 When first learning to segment words into their sounds, most kids find it easiest to identify the initial sound. I prepared an activity for XGirl that involved placing several letters from our Montessori moveable alphabet onto a mat. I then provided her with a container of miniature objects beginning with the sounds on her mat. 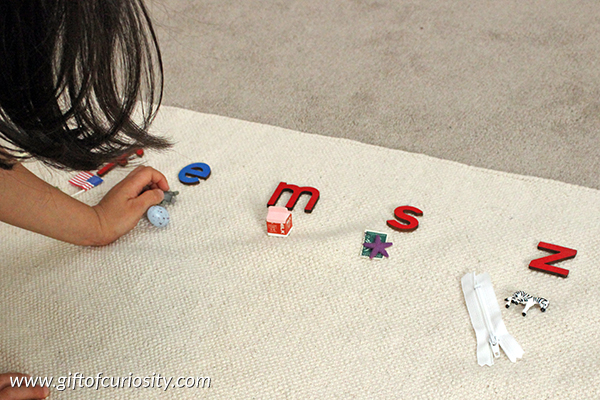 By the time we did this activity, she was familiar with all of these letter sounds. So I first helped her review the sound made by each letter. She then sorting all of the objects by placing them under the appropriate letter. 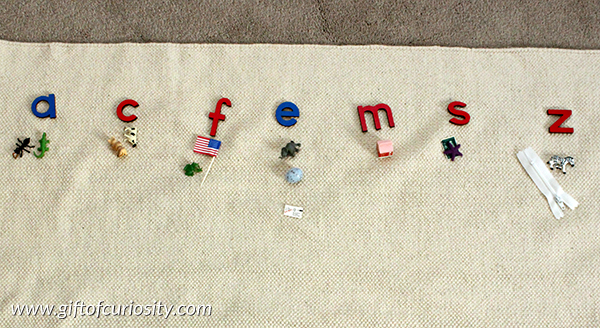 For this activity, I placed miniature objects like a rug, drum, and club for the short-u sounds and a clip, pin, and fish for the short-i sound. 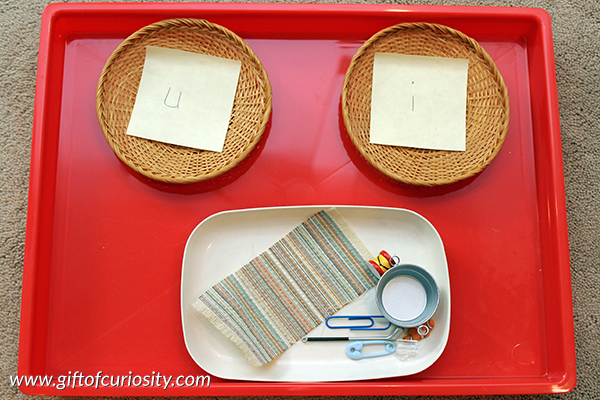 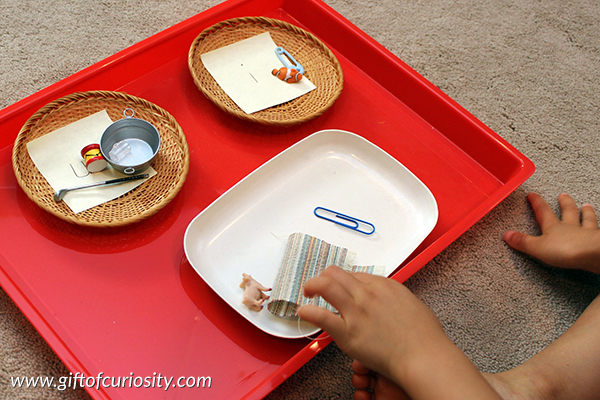 Sorting objects that begin with vowels vs. consonants

At one point I realized that QBoy didn’t know what a vowel was vs. what a consonant was. I set up this simple activity to help him learn the difference. 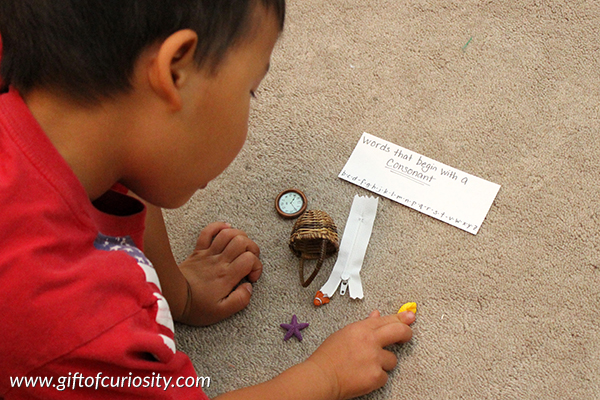 I wrote all the vowels on one piece of paper and all the consonants on another. I then asked him to sort miniature objects based on whether their initial sound was a vowel sound or a consonant sound. 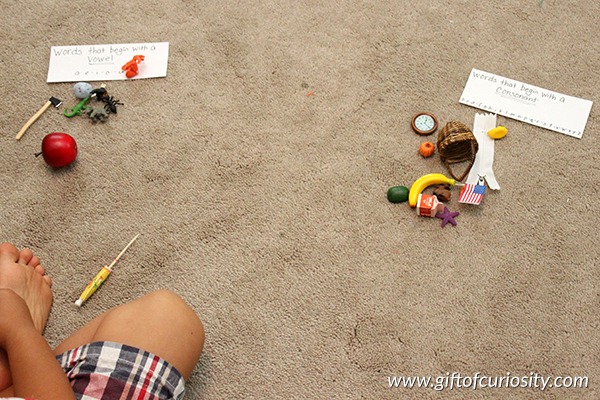 And if you want your own miniature objects, check out the Language Object Starter Set from Montessori Services. 🙂

You can find more ways to teach early language and literacy skills on my Literacy Activities for Kids page and my Letter Learning Pinterest board. 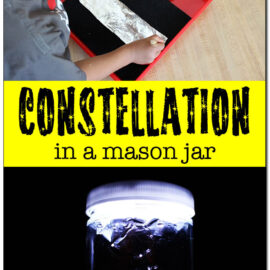 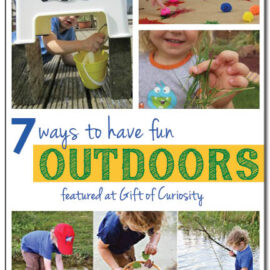 7 ways to have fun outdoors 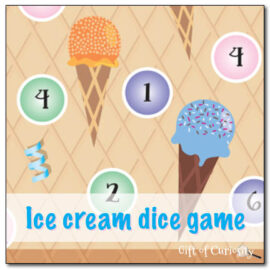