Have you ever wondered why we have two eyes?

We can certainly still see when we cover one eye. But there’s a huge reason we have TWO eyes instead of just one, even though it may not be obvious at first.

This book includes more than 30 on-the-page activities and hands-on experiments designed to get kids excited about their amazing bodies.

In this post I’m sharing one of the hands-on activities from the book that teaches kids why we have two eyes.

The science of depth perception

Humans have two eyes. But despite having binocular (two-eyed) vision, we see only one image. This is thanks to our brains working hard to make sense of the input coming through both eyes.

Because human eyes are close together on the front of our heads, both eyes see more or less the same thing at the same time. As such, both eyes send very similar – but not identical – pictures to the brain for processing.

Because each eye sends a different image to the brain, the brain is able to use the slight differences between the two images to calculate the distance between two or more things. This is called “depth perception,” and it is defined as the ability to perceive the relative distance of objects in the visual field.

A significant advantage of our binocular vision is good depth perception. Because humans have historically had to hunt for their food, it was important for them to know exactly how far away their food was.

Some animals, such as frogs, chickens, rabbits, and horses, have eyes on the sides of their heads. These animals lack the quality of depth perception humans have. However, animals with eyes on the sides have a larger field of vision, meaning they can see more of their surroundings at one time. This helps them detect predators coming to eat them, offering an important survival mechanism.

To help my kids really understand how binocular vision supports depth perception, I set up a simple activity for them to do.

I asked my daughter to sit at the table and cover both eyes while I laid a variety of small objects in front of her.

When I had everything laid out, I asked her to open one eye but keep the other one covered.

I then pointed to an object and asked her to touch it with her finger.

While she could get close, she usually was a bit off with where her finger landed.

While watching my daughter, my son felt sure he could do better.

But he soon found that when one eye was closed, it was actually quite difficult to hit the target the first time he put his finger down!

We all had a good laugh seeing how difficult it was to hit the targets with one eye covered.

Then I invited my children to try touching objects again, but this time with both eyes open. Not surprisingly, they found this much, much easier.

If you liked this activity. . .

This activity is just one many hands-on learning ideas included in The Human Body Activity Book for Kids: Hands-On Fun for Grades K-3. This fun book for kids features:

You’ll find more resources for learning about the human body on my Human Body Pinterest board. 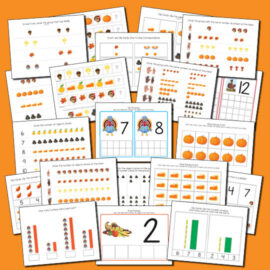 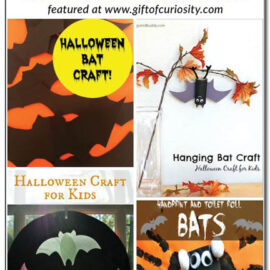 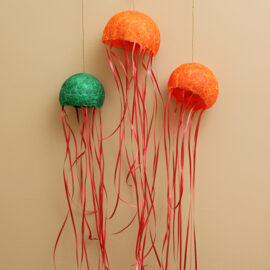