Matter is defined as “that which occupies space and possesses mass.” Matter exists in three primary states: solids, liquids, and gasses. (There is a fourth state of matter, plasma, but we did not cover plasma during our states of matter unit.) In this post I share how I provided my kids with a very basic introduction to states of matter.

The manner in which I chose to first introduce matter and its various states was inspired by lessons I picked up from the physical science manual that was part of my online KHT Montessori class.

On the morning I began introducing matter to my kids, I pulled out this tray. I first defined matter as anything that takes up space or as anything you can touch physically.

I then explained that all matter occurs in one of three states or forms: solids, liquids, and gasses. I then showed them the three objects in the matter tray and labeled each as solid, liquid, or gas.

During the next lesson, I presented the liquids tray. This tray included several containers filled with water, as well as a label that said “liquid.”  In sharing this tray with the kids, I used the opportunity to explain that liquids:

We also talked about what would happen if we were to pour the water onto the table. We all agreed it would begin to spill on the floor and we would need to get a towel to wipe it up! I even demonstrated this by spilling some water, much to my kids delight!

During the next lesson on matter, I presented the solids tray. This tray included several solid objects as well as the label “solids.” In sharing this tray with the kids, I used the opportunity to explain that liquids:

To illustrate the properties of solids, I allowed the kids to hold the various objects. We talked about how solids have a definite shape. We all agreed that if we were to drop one of the solid objects on the table, we would not need to get a towel to wipe it up as we had to do for the water.

We also talked about how solids have a definite shape, but the shape can be changed if enough force is applied. For example, the pipe cleaner on the tray pictured below is a solid, but my kids could bend it if they tried. (On a different day I made the same point with play dough, explaining how play dough is a solid and has a definite shape, but that we can change its shape if we apply enough force to it.)

During the next lesson on matter, I presented the gasses tray. This tray included a straw, bubbles, and balloon as well as the label “gasses.” In sharing this tray with the kids, I used the opportunity to explain that gasses:

Of all the types of matter, gas is definitely the most difficult to teach about because it is the most abstract. For the most part, we cannot see gas. We rarely feel gas. So the purpose of this tray was to make the concept of gas as concrete as I could for the kids.

More resources for learning about states of matter

More states of matter posts from Gift of Curiosity: 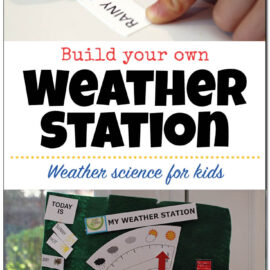 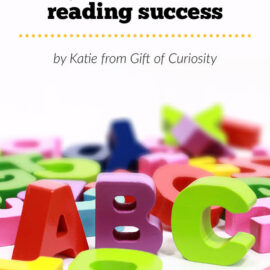 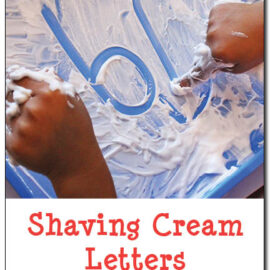