Do you have a child that will be entering kindergarten in the fall? Do you know what skills your child is expected to have mastered before starting school?

Lots of educational organization have put together kindergarten readiness checklists to help parents gauge their child’s readiness and find ways to support their child to develop any skills that may be lacking (see here, here, and here). These checklists generally list self-regulation, social and emotional skills, gross motor skills, fine motor skills, language skills, knowledge of numbers, and knowledge of letters.

In this article I discuss the HUGE importance of alphabet knowledge as a kindergarten readiness skill. Plus, I answer common questions about teaching the alphabet so you can prepare your child to arrive at kindergarten with the letter knowledge he or she needs to be successful.

To prepare children for reading, teach them the alphabet

Getting children to read is a big academic focus during kindergarten. (Whether this is a good idea or not is hotly debated, but the trend in American schools over the last few years has been to get kids reading by the end of kindergarten.)

Research dating back to the 1960s shows that a child’s ability to recognize letters of the alphabet at the beginning of the year is the single strongest predictor of their reading achievement at the end of the year.

More recent research (see this article and this article) has confirmed that letter name knowledge is a stronger predictor of reading achievement than any other pre-reading skill, including phonics knowledge (an understanding of the relationship between letters and sounds).

So how does knowing the alphabet help children learn to read?

Research suggests that there are at least three different ways that knowing the names of the letters supports the development of reading skills.

First, when children can rapidly name letters, they do not have to spend much cognitive energy identifying letters in text. Instead, they can dedicate more cognitive resources to the other tasks of reading, such as sounding out words and comprehending the text.

Second, for most of the letters, knowing the name of the letter gives children some information about the sound the letter makes, which facilitates reading.

Third, knowing the names of the letters gives children a common language to discuss letters. This is important because many letters make more than one sound (e.g., ‘A’ makes both the /ă/ and /ā/ sounds), and many sounds are produced by more than one letter (e.g., the /j/ sound is made by both ‘J’ and ‘G’). Furthermore, letter names provide a connection between uppercase and lowercase letters, as children learn that both ‘A’ and ‘a’ represent the same letter.

But what does it mean when we say a child “knows the alphabet?”

When we say that a child “knows the alphabet,” we mean that the child has acquired skills and knowledge in four separate areas:

Each of these four alphabet skills will be developed in different ways. And all of these skills are important for children to master.

Common questions about teaching the alphabet

When I ask people what they want to know about teaching the alphabet, I tend to get a lot of people asking the same questions.

How many letters should I introduce at a time?

A good rule of thumb is to introduce two to four new letters per week, but this is just a guideline. The most important thing is to follow your child’s lead as they show you what they are ready for.

Do I teach letter names or letter sounds first?

How do I teach letters that make more than one sound?

English is wonky because many letters make more than one sound, and some sounds are made by more than one letter. It can be very confusing for a young learner to sort this all out!

In what order should I teach the letters?

At one point, it may have seemed like a good idea to teach the letters in order starting with A and ending with Z. However, I would strongly advise against teaching letters in this order.

In my book 101 Ways to Teach the Alphabet, I share several different orders that you might choose for introducing the letters along with reasons why you might pick one order over another.

And many more questions. . .

In my book 101 Ways to Teach the Alphabet I address a number of other common questions such as whether to teach uppercase or lowercase letters first, and whether to teach print, D’Nealian, or cursive writing first.

I also explain how to teach children to write with the proper letter strokes, and why this even matters.

I further discuss the very common issue of letter reversals, in addition to providing some resources to help children learn to keep their b’s and d’s straight.

Time to get started!

To make things easier, I wrote a book that helps parents become experts at teaching the alphabet.

Chapter 1 is where I address all of your most burning questions about the alphabet.

Chapter 2 includes more than 20 fun activities to help children learn letter shapes and letter names, including play dough letter stamping, which is great for kids who enjoy using play dough, and creating an alphabet parking lot, which will be a hit with all the toy car enthusiasts.

When your child is ready to move into learning letter sounds, Chapter 3 includes more than 30 active and creative ways to help kids learn letter sounds through activities such as cooking up their own “alphabet soup” and playing a life-sized alphabet board game.

In Chapter 4, I provide ideas for more than 30 activities to help children learn letter formation, with the goal of eventually having children write letters correctly on paper. Children will enjoy using “magic paint” to form big letters on the sidewalk, and kids who love outer space will get a thrill out of writing letters in “moon sand.”

Finally, Chapter 5 includes a number of activities to help children match uppercase and lowercase letters in fun and creative ways.

Want a copy of my book? Click here to learn more about 101 Ways to Teach the Alphabet. 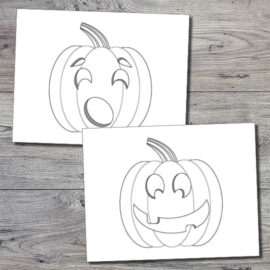 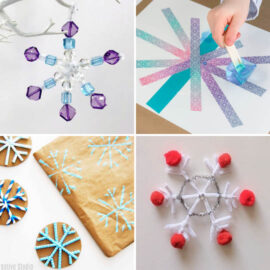