As part of our volcano unit, it was important to learn about the layers of the earth.

And what better way to cement the learning than to create our own Layers of the Earth Craft!

The Layers of the Earth

The Earth is comprised of four layers.

From innermost layer to outermost layer, the four layers of the Earth are:

Inner core: This is the center and hottest layer of the earth. The inner core is made of heavy metals such as iron and nickel, all in liquid form due to the hot temperatures. Its temperature is nearly 10,000 degrees Fahrenheit (5,500 degrees Celsius). The pressure inside the inner core is so great, however, that the hot metals are squeezed together and not able to move like a liquid. Instead, they simply vibrate.

Mantle: The mantle is the widest layer of the earth at approximately 1,800 miles (2,900 km) thick. The temperature of the mantle varies from 1,600 to 4,000 degrees Fahrenheit (870 to 2,200 degrees Celsius). It is mostly comprised of semi-molten rock known as magma. Magma in the mantle is constantly flowing. It is this flowing motion in the mantle that causes the tectonic plates on the crust to move.

Crust: The crust is the uppermost layer of the planet where we live. It is a solid rock layer divided into continental crust, which covers the land, and oceanic crust, which is under the oceans.

How to make the Layers of the Earth Craft

To make this Layers of the Earth Craft, we used the following materials:

The first thing I did was to use a saw to cut the styrofoam balls in half. If you use smaller balls, you may be able to just use a serrated kitchen knife. **THIS STEP SHOULD BE DONE BY AN ADULT**

Once the balls were cut in half, I brought out the paints so we could begin.

One of the first things we did was to look at a picture of the layers of the earth. . . just to refresh our memories.

We discussed how the styrofoam hemispheres represented a cross section of the earth.

Then they started painting.

Layer by layer they added more color to their earths.

After we let the paint dry, they added labels to show the different layers.

All in all, this craft is a simple but effective way to reinforce knowledge about the layers of the earth. 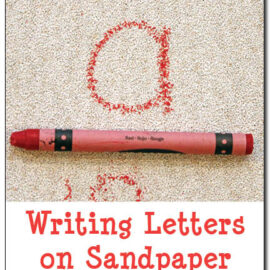 Writing letters on sandpaper {101 Ways to Teach the Alphabet} 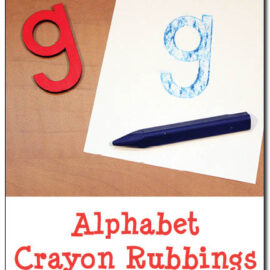 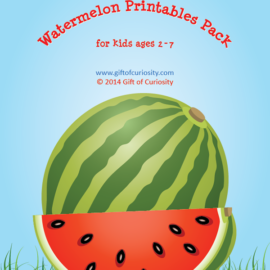