Now that the leaves have officially changed colors in our neighborhood, I’ve been starting to incorporate some fall activities for kids into our homeschool preschool. This fall-inspired What Is Missing? activity is extremely simple to prepare. Further, you can do it with any materials you have around the house.

What Is Missing? is always a hit with my kids. And I like that it supports their memory, attention, and cognitive development. Plus, you can use different objects each time you play, which is how I transformed What Is Missing? into a fall activity for kids. 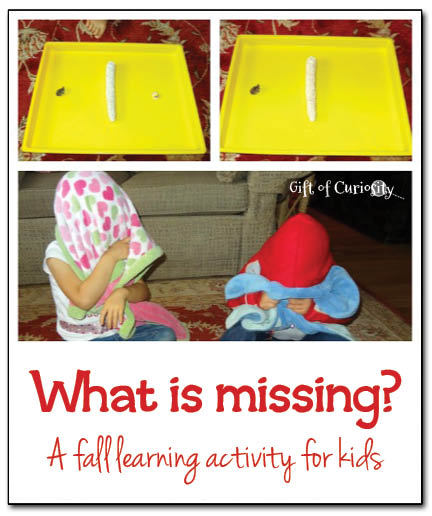 To play this activity, I started by gathering a number of fall-themed items from around the house, including: 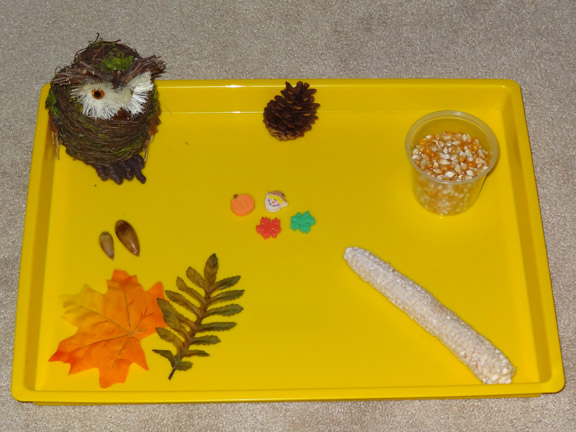 Once I had my items, I called the kids to the floor, where I showed them a tray with just three objects on it. I pointed to each object and said its name, and the kids repeated the name back to me. 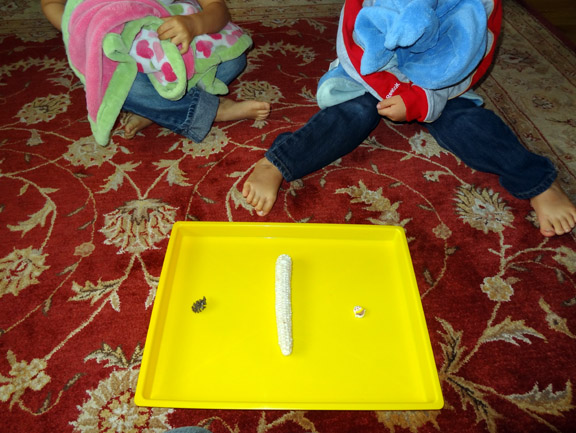 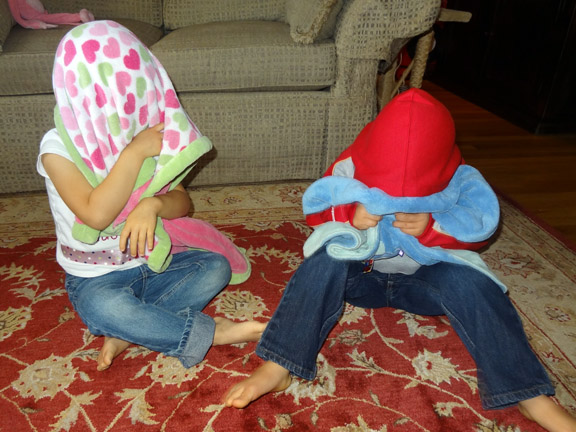 While their eyes were covered, I removed one object from the tray. Then I asked the kids to uncover their eyes and name the missing object. 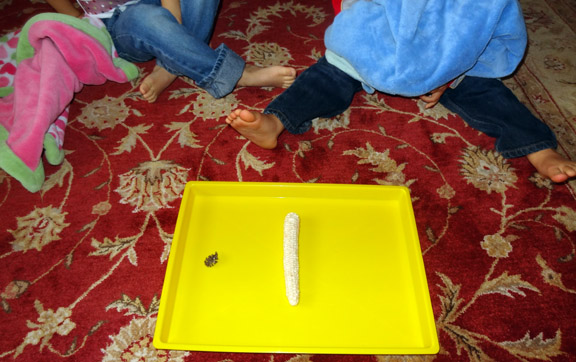 There are so many variations and extensions of this activity to keep it fresh and to challenge your kids.

If you are working with toddlers, I would suggest starting with just two items on the tray (instead of three) and removing one. 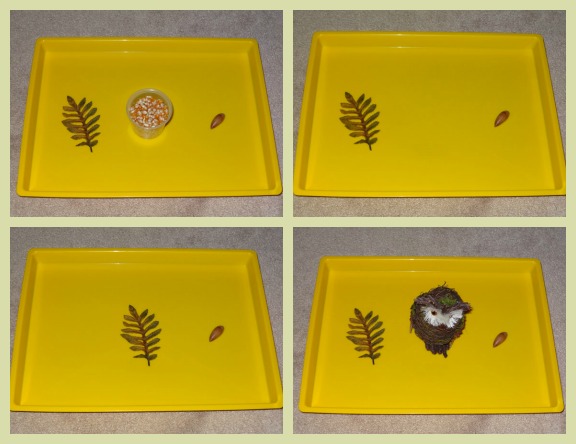 Instead of playing What Is Missing?, you can play What Was Added? To play this version, start with your objects on the tray and add one more. The kids have to identify which object was added.

And instead of playing What Is Missing?, you can play What Was Changed? To play this version, start with your objects on the tray. While your kids’ eyes are covered, move one object on the tray (like the corn cob in the photos below). Have your kids identify which object has been changed.

And an always popular extension in our home is to give one of the kids a turn to be in charge of selecting and removing/adding/changing the objects. They just love having a chance to be “the teacher” for a turn! 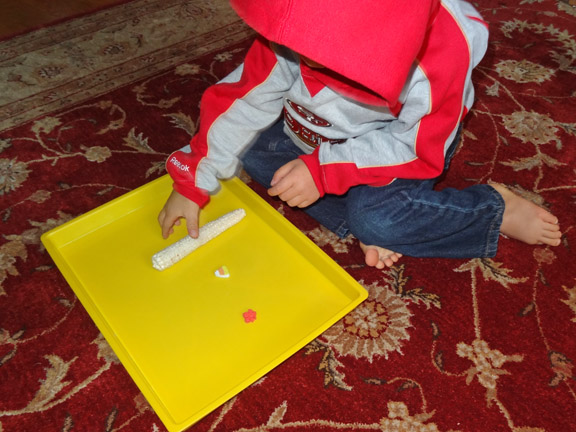 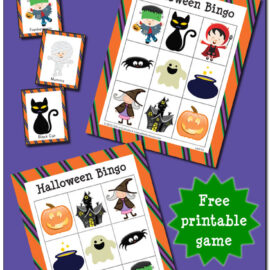 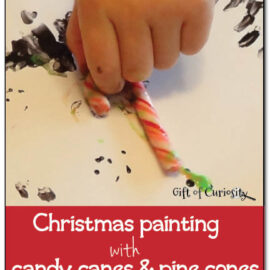 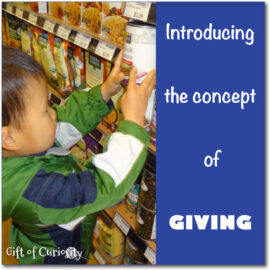 Introducing the concept of giving