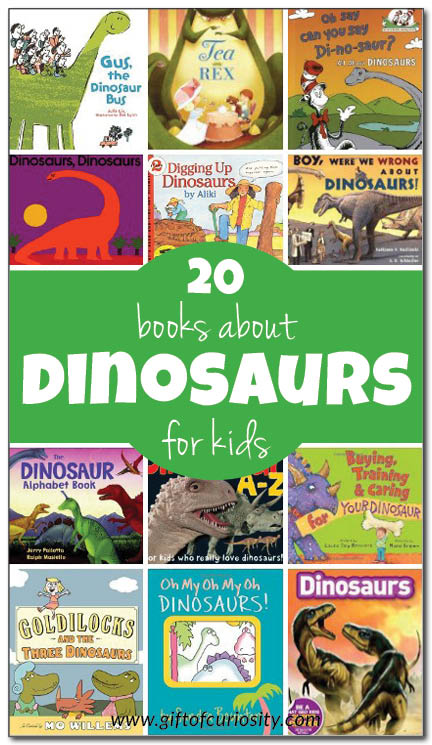 This wonderful non-fiction book from one of my favorite children’s authors provides some wonderful detail about non-bird dinosaurs for kids ages 4-8. Gibbons shares how dinosaurs lived a very long time ago, and many of their bones were turned to fossils. Today, paleontologists dig up those bones to learn what dinosaurs were like and how they lived. Several pages feature illustrations of various groups of dinosaurs with specific examples from each group along with their proper name (and a pronunciation guide!). The book does provide some information for why scientists believe the dinosaurs went extinct.

Digging up Dinosaurs by Aliki

In this book, the protagonist is a young girl who loves to visit the dinosaur bones at the museum. She explains that dinosaurs lived a very long time ago. They were different sizes and they ate different things. But then they went extinct. The way we know about dinosaurs today is because we have found dinosaur fossils, which are like a diary of the past. Fossils help us learn about animals that lived a long time ago. She describes the fairly involved process of digging up a fossil and getting it into a museum. This book is best suited for children ages 4-8. Any kid who has ever enjoyed looking at dinosaur bones in a museum will enjoy learning how the bones ended up there.

This vibrant book with bold photographs and colorful illustrations will appeal to dinosaur lovers ages 4 to 7. This book briefly discusses topics such as how dinosaur bones are dug up from the ground, what dinosaurs ate, the relationship between dinosaur moms and babies, and more. Finally, the book says that many people think dinosaurs are extinct, but in reality, all birds are considered to be living dinosaurs!

This is a good encyclopedia-type book for dinosaur lovers ages 8-10. This book covers topics such as fossil hunting, dinosaur science, naming dinosaurs, dinosaur defenses, and much, much more. The book includes vibrant illustrations that make dinosaurs come to life on the page.

Boy, Were We Wrong About Dinosaurs by Kathleen V. Kudlinski

When dinosaur bones were discovered in China a long, long time ago, the people there theorized that the bones had come from dragons. Today we know that theory is wrong. In fact, it seems just plain silly! This book covers several beliefs that scientists once held about dinosaurs and points to new evidence showing how wrong some of the old beliefs were. For example, when scientists uncovered the first fossil bones of Iguanadon, they found one bone shaped like a rhino’s horn. They decided it must have been a spike on the end of Iguanadon’s nose. But later, a second spike was found, and scientists realized that the spike was part of Iguanadon’s hands rather than his nose. Scientists have also been wrong about how dinosaurs walked, whether they were cold-blooded or warm-blooded, and how dinosaurs tended to their eggs. This book gives a fascinating update on the latest scientific knowledge about dinosaurs. It also aptly illustrates a core part of the scientific process – that is, the need to update our beliefs and theories about the world when new evidence emerges that provides a better explanation for how the world works. This book will be enjoyed most by kids ages 6 and up.

Who knew there were dinosaurs whose names started with every letter of the alphabet, including the ‘X’?!? In this beautifully illustrated book featuring life-like photographs and bold typography, young readers meet 26 dinosaurs, one for each letter of the alphabet. The description includes information about each dinosaur’s size as well as key facts about food preference, defense mechanisms, physical features, etc. This book is most appropriate for ages 3-6.

This is another book featuring one dinosaur for every letter of the alphabet. Compared to the Priddy book reviewed above, the focus is on the information being conveyed, as this book does not rely on colorful and typographical “flair” to stimulate interest. The book includes key facts about each dinosaur, and along the way several theories about why the dinosaurs became extinct are shared. This book is most appropriate for children ages 4-8.

This book is a great introduction to dinosaurs for toddlers and preschoolers. With very simple text and plain illustrations, young kids will learn basic facts about dinosaurs and be introduced to some of the various types of dinosaurs that existed long, long ago.

Oh My Oh My Oh Dinosaurs!

People familiar with Sandra Boynton’s playful writing will instantly recognize her style in this book. The illustrations are silly, the text rhymes, and the book is a delightful read for kids ages 2-5. This book will help children learn about opposites, as Boynton shows dinosaurs being good and bad, dinosaurs that are big and tiny, dinosaurs that are weak and strong, etc.

If You Happen to Have a Dinosaur by Linda Bailey

This book invites kids ages 3-7 to imagine all the wonderful things a dinosaur could be useful for. Things like opening cans, mashing potatoes, plowing snow, shredding paper, or scaring off burglars. Of course, the book also discusses some things dinosaurs would NOT be good at, like carrying a picnic basket, pushing a grocery card, holding a popcorn bowl, or just about any other task involving food – since the dinosaur would always eat it!

How Do Dinosaurs Say Goodnight? by Jane Yolen

This book is a bedtime favorite due to the wonderful illustrations and preposterous behavior of the dinosaurs who are supposed to be going to bed. But are dinosaurs really so ill behaved? Perhaps not all is as it seems. . .  Dinosaurs lovers will note that each page features a different dinosaur, and the type of dinosaur can be discovered in the illustrations.

In this adorable story, a young girl has invited a tyrannosaurus rex to a tea party with her and another friend. The interplay between the matter-of-fact text describing how to host a good tea party juxtaposed next to the hilarious illustrations of dinosaur behavior at the tea party makes this book a delightful read that will get a chuckle out of kids and adults alike. Kids ages 3-6 will particularly enjoy this book.

Buying, Training, and Caring for Your Dinosaur by Laura Joy Rennert

This book reads like a how-to manual for owning a dinosaur. The first several pages explain – in a humorous and engaging way – the pros and cons of owning several different kinds of dinosaurs. Once you’ve settled on the dinosaur you wish to buy, the next few pages discuss the supplies you will need (e.g., a very long leash, lots of dino food, and something to cover the couch), tricks to teach your dinosaur, how to feed your dinosaur, how to bathe your dinosaur, and much more. Dino-loving kids ages 5-8 will get a big kick out this funny book.

This is a great rhyming and counting book for toddlers featuring some terrible dinosaurs who push, shove, play tricks, get tangled up, and more! Young kids will enjoy the dinosaurs’ antics while learning to count backwards from 10 to 1.

Rory the Dinosaur: Me and My Dad by Liz Climo

Rory is a young dinosaur who decides to go on an adventure one day while his dad is napping. Along the way, he encounters a number of challenges. Rory believes he is facing each challenge alone, but unbeknownst to him he has a special someone watching out for him and keeping him safe. Children will enjoy watching as Rory’s protector secretly helps him. Parents will identify with Rory’s dad, who wants to help his son while still supporting his sense of independence. This book will be enjoyed most by kids ages 3-7.

Goldilocks and the Three Dinosaurs by Mo Willems

This story is a very creative take on the Goldilocks and the Three Bears story. This version has a layer of humor that will be greatly enjoyed by adults, but that may be lost to the children in the target age range of 4-8 year olds. That is because this version slightly mocks aspects of the original version that would never occur in real life, like a family each having their porridge at a different temperature, or a young girl wandering alone in the woods with no supervision. The book also employs some minor sarcasm that will go right over the heads of many kids. But even kids who don’t quite understand all the levels of humor in this book will still find the story amusing and entertaining.

Oh, Say Can You Say Di-no-saur?

In this book based on the style of Dr. Seuss, the Cat in the Hat uses his typical rhyming ways to introduce children to the dinosaurs. The Cat in the Hat first explains how we know about dinosaurs when they lived so long before humans. Then cat then teaches kids about several different dinosaurs, explaining how to pronounce their names while also providing a few key facts about each dinosaur. This is a fun book for kids ages 4-8.

If the Dinosaurs Came Back

Dinosaurs have been extinct for thousands of years. But what would happen if the dinosaurs came back? This book suggests some of the possibilities. For example, dinosaurs could carry people to work and back. Dinosaurs would guard homes and scare away robbers. Dinosaurs could help build big skyscrapers. Dinosaurs could push away the rain clouds so the sun would always shine. And dinosaurs would make great pets for people who love dinosaurs. When reading this book to a child, it would be a lot of fun to discuss each suggestion and debate whether each suggestion is actually a good idea or not. For ages 3-7.

Gus is a dinosaur bus who takes kids to and from school each day. Mostly, getting to ride Gus is amazing. Gus never gets stuck in traffic, and he comes right to each child’s door to pick them up. But sometimes riding Gus has its problems, such as when he gets tangled in telelphone lines or bumps his head on the overpass. Eventually, the principal decides that Gus causes too many problems, and he pulls Gus off the road. Gus feels sad, and he begins to cry big dinosaur tears. Eventually, his tears form a pool, and the kids are delighted! So Gus goes from being a dinosaur bus to a dinosaur slide, swing, and playground for the students. This book will be enjoyed most by kids ages 4-7.

You’ll find more resources for learning about dinosaurs on my Dinosaurs Unit Study Pinterest board. 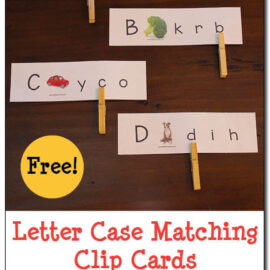 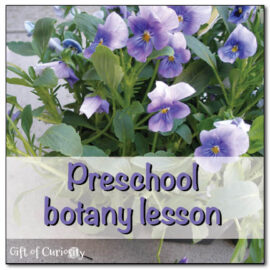 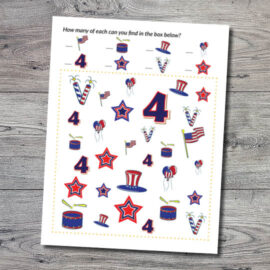 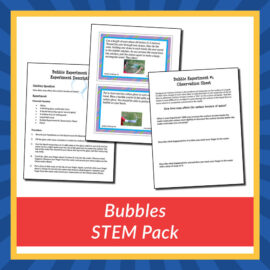