Why couldn’t the pirate crew play cards? Because the captain was standing on the deck!

My kids love a good pirate joke, as do I.

And with my new Pirate Sudoku printable, I’ve got a pirate-themed activity you can use to make learning a jolly task as well!

Sudoku is a great way to exercise your child’s brain with fun, engaging, puzzles that stimulate critical thinking and cognitive skills.

The goal of Sudoku – at least when played the usual way by adults – is to fill in a 9×9 grid such that each row, column, and 3×3 sub-grid includes one and only one of each digit from 1 to 9.

Depending on the number of blank spots in the Sudoku puzzle, the difficulty can range from quite easy to extremely challenging. (I’m personally a fan of the really challenging puzzles!)

In the Pirate Sudoku Puzzles I am sharing today, I have made the game kid-friendly by adapting it to use images instead of numbers.

Here is a sneak peak at the four Pirate Sudoku puzzles included in the download:

As you can see, I have included one advanced playing board with a 9×9 grid and three basic playing boards that have been shrunk to a 4×4 grid in order to make the game age appropriate for young children.

Want a copy of my Pirate Sudoku puzzles?

Get it as part of the Sudoku Printables Bundle.

Or add this product to your cart by clicking the button below!

You can find more pirate-themed activities and printables on my Pirate Unit Studypage and my Pirates Pinterest board. 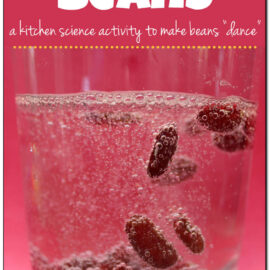 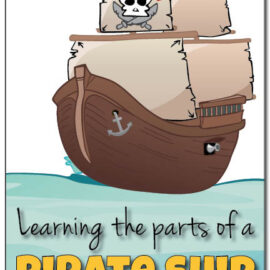 Learning the parts of a pirate ship 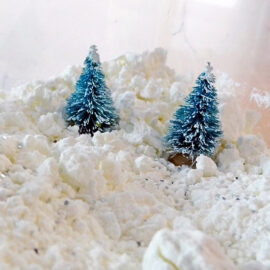