Have you ever wondered why we teach syllable counting to young children? Are you looking to gain clarity on what exactly a syllable is?

If you answered yes to any of these questions, you are in the right place! 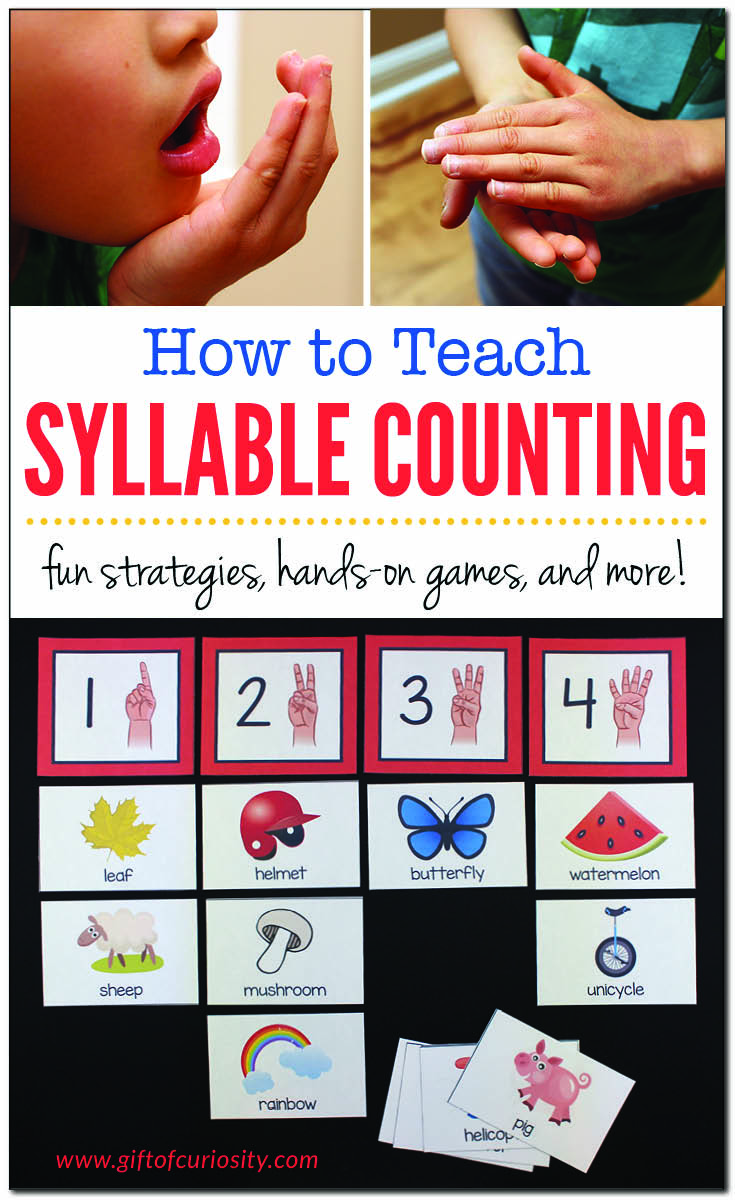 What is a syllable?

The dictionary definition for a syllable is: “a unit of pronunciation having one vowel sound, with or without surrounding consonants, forming the whole or a part of a word.”

You can also think of syllables as single, unbroken sounds of a spoken word. Sometimes syllables are referred to as the “beats” of language.

Every syllable must contain at least one vowel, as it is the opening and closing of the mouth to say the vowel sound that makes a syllable.

Also note that ‘y’ can make a vowel sound as in the words ‘try’ and ‘fly.’

While every syllable must contain a vowel, a syllable may or may not include consonants.

The number of syllables in a word is unrelated to the number of letters in the word. ‘Sounds’ with six letters and ‘red’ with three letters both have just one syllable.

Similarly, the number of phonemes (the smallest unit of sound) is also unrelated to the number of syllables in a word. ‘Light’ has three phonemes (/l/ /igh/ /t/) and ‘go’ has two (/g/ /ō/), but both words have only one syllable.

Of course, your children can learn to count syllables without knowing any of this background information. But as an educator, you may have find this information helpful and clarifying.

Why is counting syllables important?

Counting syllables is a pre-reading skill that children are expected to master in preschool or kindergarten. Learning to count syllables is important because:

How to teach syllable counting

When you start to teach syllable counting, have your child start with words of high interest to them, such as their names and the names of their family, pets, and friends. Then you can move on to other words that are relevant to them, such as naming their favorite foods or animals.

Below are several fun and simple strategies children can use when counting syllables:

Clap out syllables: Teach your child to clap each syllable as they say a word. 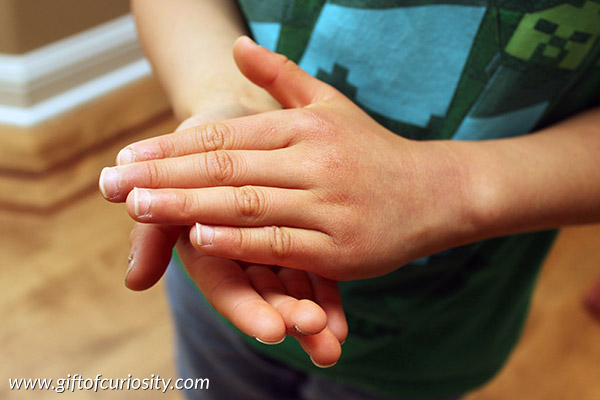 Tap out syllables with sticks: Instead of clapping, hand your child a set of sticks (e.g., craft sticks, drum sticks, or pencils). Your child should hold one stick in each hand and tap them together for each syllable in a word. 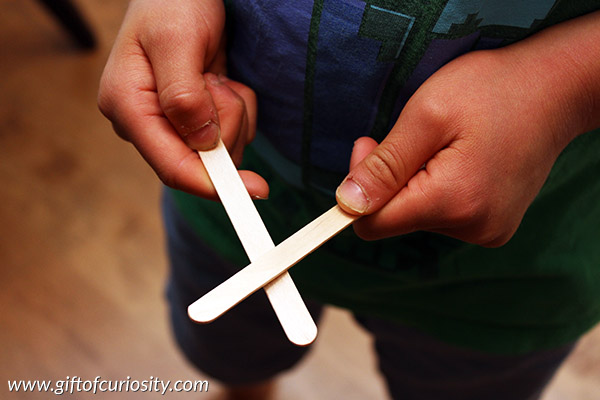 Stomp syllables: Have a child that likes to get up and move? Have them stomp the ground for each syllable they say in a word. 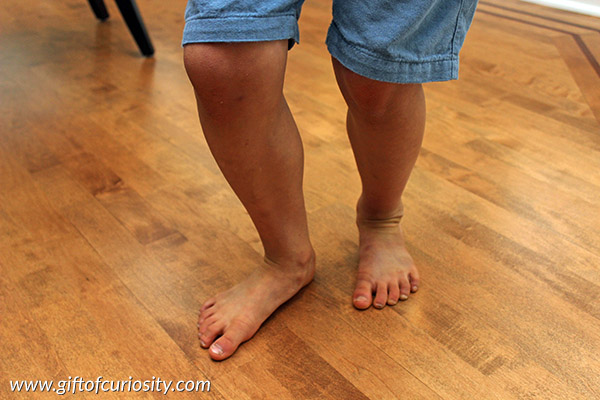 Hum syllables: Have your child hum the word and count the distinct ‘hums’ they make while saying the word. Since vowel sounds are the sounds that can be sustained, they are the sounds that get emphasized when we hum. As such, humming a word facilitates counting its syllables. Try humming the word “elephant” and see how you make three distinct bursts of humming sounds while you do.

Talk like a robot: Have your child pretend to be a robot that talks in a very stiff, stilted way. Have your children “speak robot” while saying words, counting the syllables as they do.

Mark syllables on paper: Place a piece of paper on the table, and hand your child a marker. Have your child say a word, and encourage your child to press the marker to the paper each time they hear a syllable. At the end, your child can count how many marks they made on the paper. (Worksheets to support this strategy are included in my Syllable Counting Activity Pack.)

Count jaw drops: Each syllable has one vowel sound, and the mouth must open to say the vowel sound. As such, your child can count the number of syllables in a spoken word by placing their hand under their chin and feeling the number of times the jaw drops open. 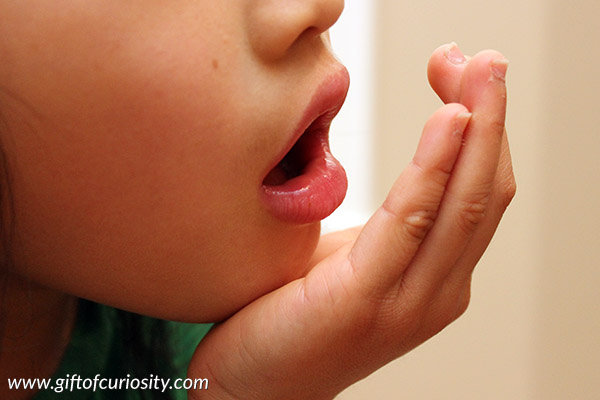 I have created a Syllable Counting Activity Pack chock full of fun, simple, and hands-on ways for children to learn and practice syllable counting skills.

Three pages of syllable background information for the educator: All of the information in this post in a print-friendly format you can access at anytime.

Word cards for 1, 2, 3, and 4 syllable words: These word cards can be used along with several other materials in the Syllable Counting Activity Pack to provide children with diverse opportunities to practice counting syllables. 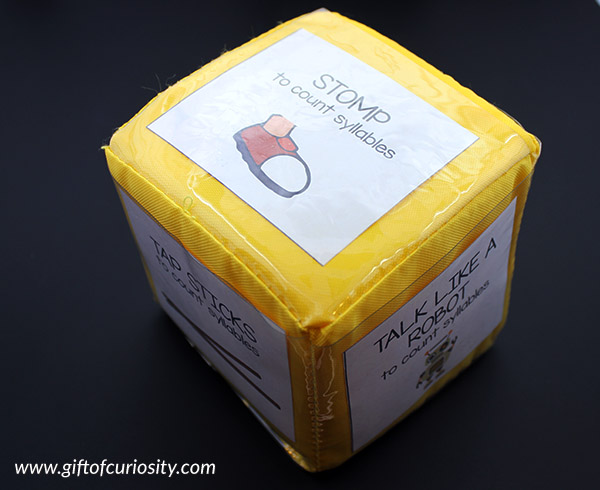 Syllable sorting labels: Use the included labels and word cards to have your child sort words based on the number of syllables in the word. 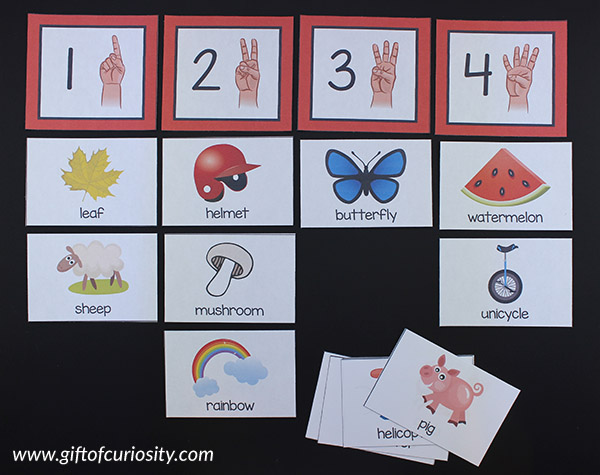 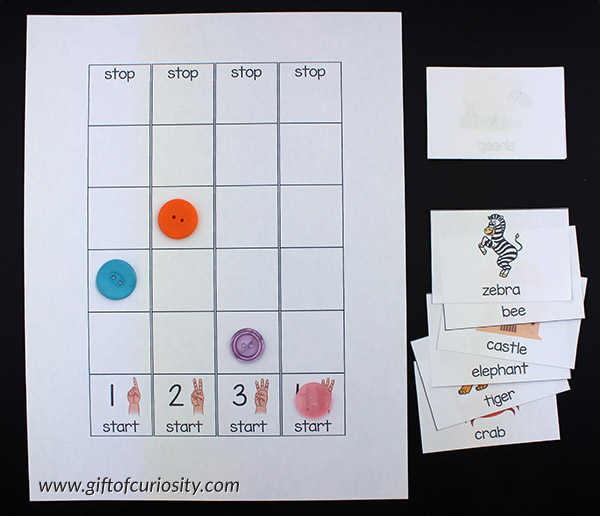 Syllable counting clip cards: Have your child count the number of syllables in the object on the card and then clip the appropriate number with a clothespin. 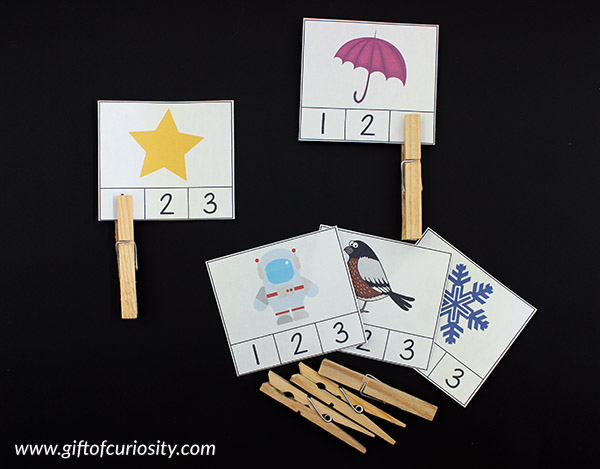 Syllable mazes: Practice syllable counting with these fun and colorful mazes! Children start at the top and then have to find all the words with the same number of syllables in a trail leading to the finish circle at the bottom. 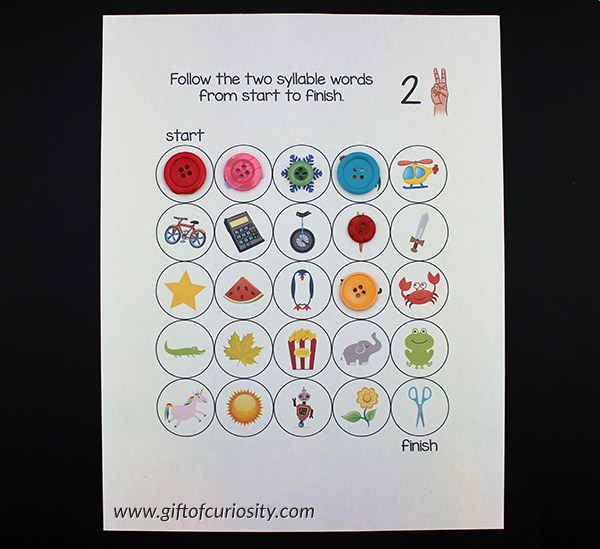 Marking syllables activity worksheet: Your child can use dot markers to dot a number each time they say a syllable in the word. 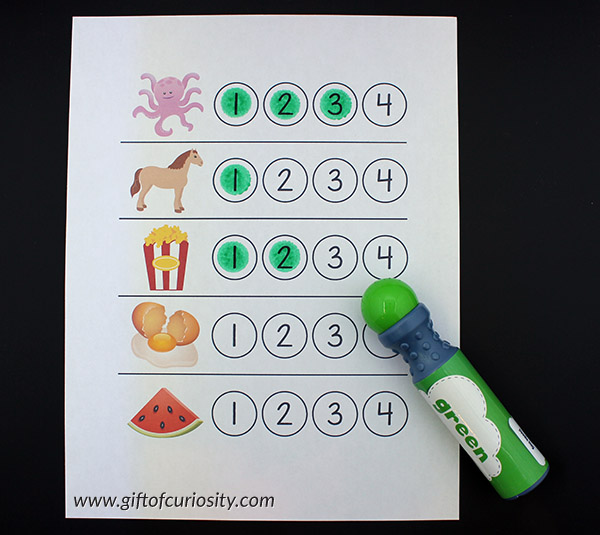 Want a copy of my Syllable Counting Activity Pack?

Add this product to your cart by clicking the button below!

You can find more ways to teach early language and literacy skills on my Literacy Activities for Kids page and my Letter Learning Pinterest board. 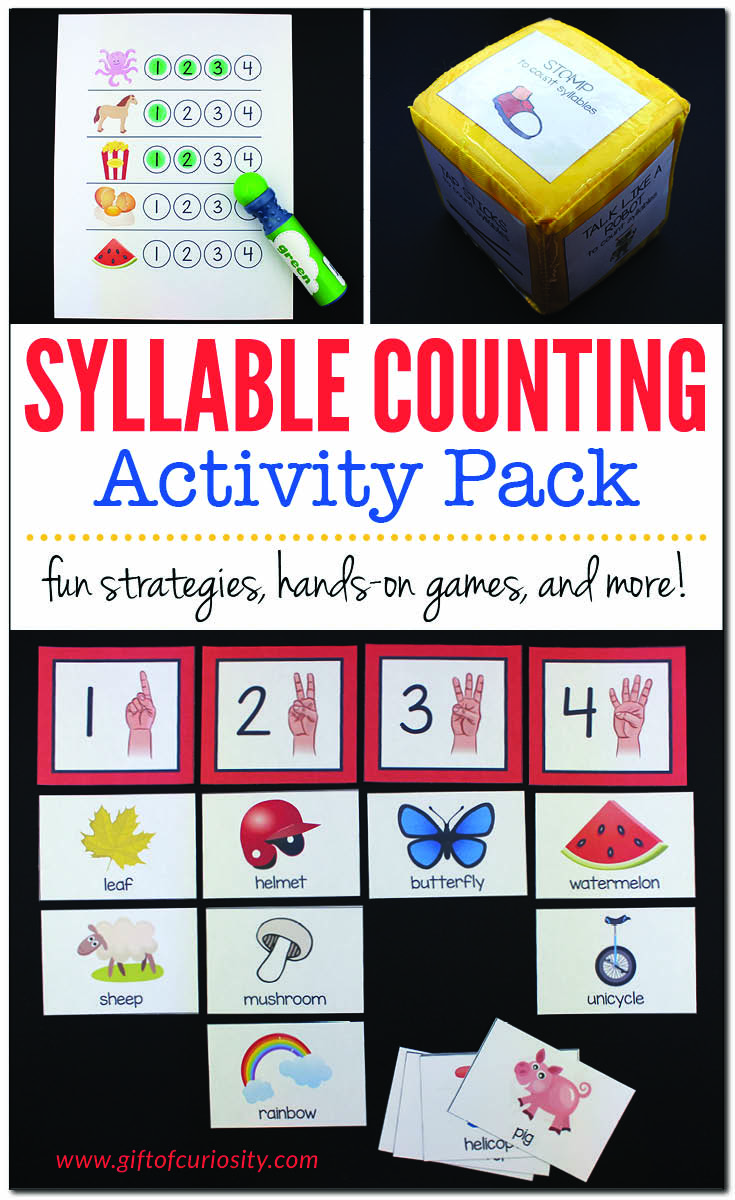