You’ve probably heard of Peeps candies, which have become a classic holiday treat. Did you know there are now peeps for most of the major holidays?

In this post I’m sharing a Halloween Peeps science experiment we did to learn about the science of dissolving.

There are several varieties of Halloween peeps you can choose from, including ghosts and black cats. We used pumpkins for our experiment, but any of the other Halloween peeps should work just as well.

We placed one peep each into the bottom of three glasses.

We then filled each glass with a different liquid.

We chose to use water, vinegar, and soda as our three liquids. (For the soda we used cream soda, as we had some left over from another science experiment.)

If you have kids who are old enough, this would be a good time to have them make a prediction about what will happen to each of the peeps as they sit in the liquid. Write down their predictions so you can re-visit them once the experiment has concluded.

We waited 24 hours, and then we checked on our peeps again.

The liquid in the glasses had turned a bit more orange. No big surprise there, I suppose.

As for the peeps, the face on the peep in water had gotten a bit smeared. The peep in the vinegar seemed to be getting somewhat frothy-looking around the edges. And the bottom of the peep in the soda had turned quite brown.

We decided to remove the peeps from the liquids and place them onto a tray to examine them more closely.

In removing the peeps from the glasses, the difference between the peeps became more apparent. The peep in vinegar was fragile and difficult to remove. The other two peeps were still in pretty solid shape.

We then took a fork and gently pushed down on each of the peeps to see what would happen.

Nothing interesting happened when we pushed down on the peep that had been in water. It still had a pretty substantial feel to it and didn’t squish all that much.

The peep that had been in vinegar continued to break down and disintegrate, as it had become very squishy and not firm at all. The insides of the peep spread out in a frothy goo when we applied pressure to the poor peep.

All in all, this was a fun experiment and the results were a bit surprising.

One way you could change up this experiment is to use different liquids. Another option would be to compare outcomes after different soaking times (e.g., 24 hours vs. 72 hours).

The science behind the Halloween Peeps experiment

The outside of a peep is covered in colored sugar. Dyes dissolve in water, and that is why the liquids turned a darker shade of orange over the course of the 24 hours.

The inside of a peep is made of gelatin. The melting point for gelatin is between 77 and 104 degrees F (25 to 40 degrees C), depending on concentration. (If you’ve ever made gelatin at home, you’ll recall that you had to heat at least some of the liquid to boiling.) Because all of our liquids were room temperature, they did not melt the gelatin and thus the gelatin did not dissolve.

This e-book includes 50+ pages of spooky fun STEAM activities that will wow the boredom right out of kids! 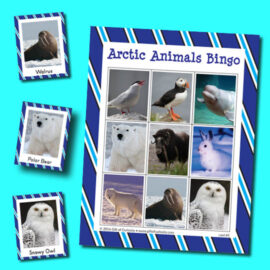 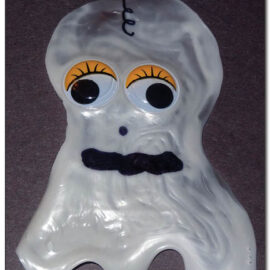 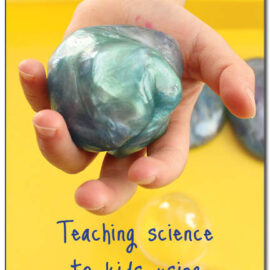