I’m excited to share with you some new products designed to help kids to learn their letters, numbers, shapes, and mathematical symbols. My kids and I have been enjoying our new wipe clean activity cards for learning and have found several fun, new ways to learn through play.

Click here if you want more information about teaching the alphabet in a fun, hands-on, and multi-sensory way. 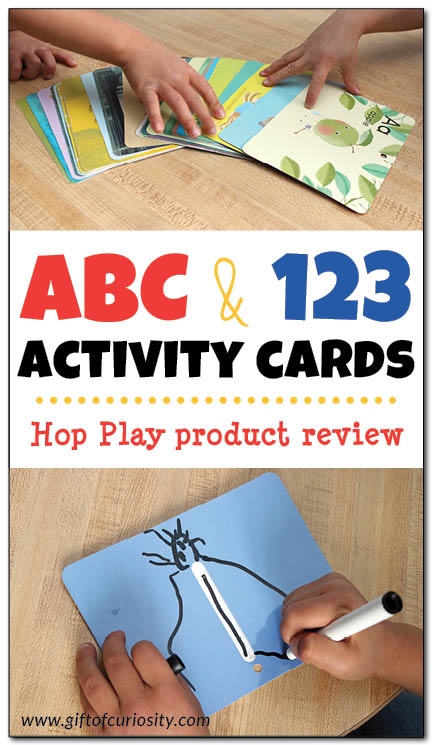 The Hop Play Alphabet and Math Wipe Clean Activity Cards are different from other learning tools we’ve used in a few key ways. The first is that these cards come with a wipeable marker. The marker writes easily on the slick surface of the cards and the attached eraser quickly and easily cleans the marks when kids are done.

Another unique aspect of the Hop Play Alphabet and Math Wipe Clean Activity Cards was the large number of suggested activities for using the cards for learning. I have been involved with early childhood learning for quite some time, but even so several of the suggested activities were new to me. 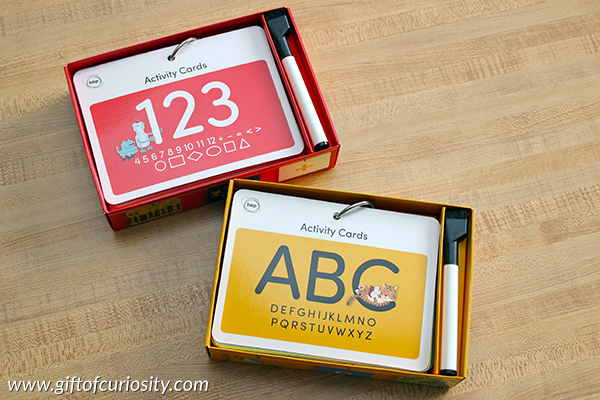 The Alphabet Wipe Clean Activity Cards are double sided, and both sides can be written on using the included marker. All 26 letters of the alphabet are included. One side of each card features nothing more than a lowercase version of the letter with arrows to show kids the proper way to write it. The other side contains a capital and lowercase version of the letter in the upper left corner, a word beginning with the letter sound, and a picture of the word (e.g., flamingo for ‘F’).

So far we have used the Alphabet Wipe Clean Activity Cards to play several different games. For one alphabet game, my kids randomly selected a card from the deck and then had to find an object in our home beginning with the letter they selected. 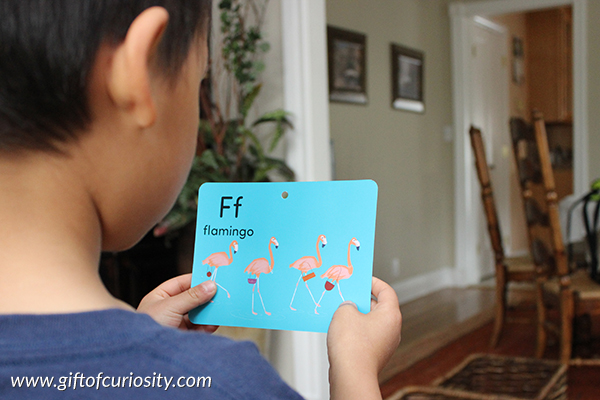 One of the suggested activities is to use the wipeable markers to turn the letters into different objects. This is a great way to have fun with letters while also working to familiarize kids with the alphabet. XGirl decided to turn this ‘l’ into a stick figure of me. 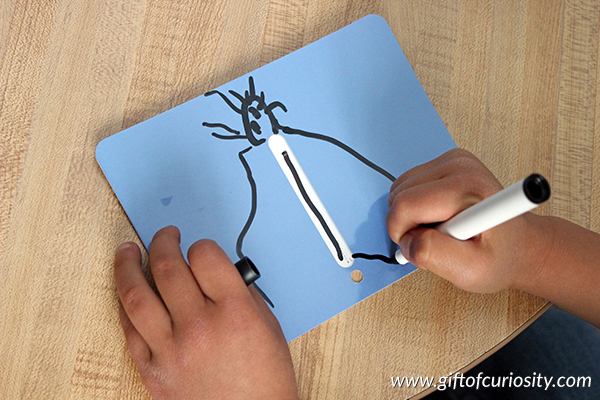 And this ‘m’ became an insect. 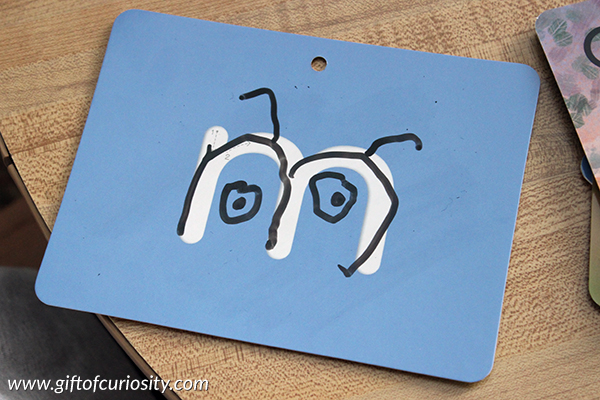 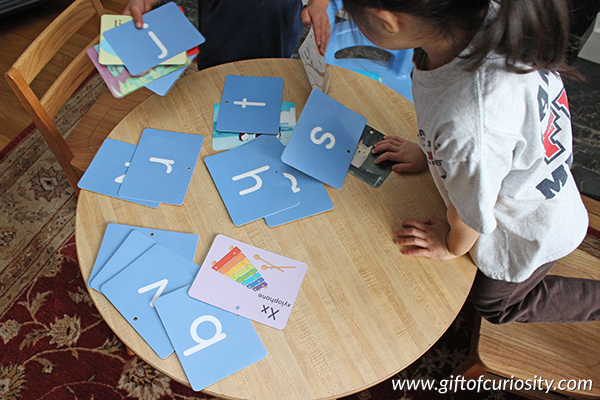 Have questions about teaching the alphabet? We’ve got answers! Click here to learn more.

My kids already know their numbers and shapes, but we have still been able to use the Math Wipe Clean Activity Cards to work on several skills. For example, XGirl worked on fractions using the shapes cards. I asked her to divide the shapes in half, as she did by turning this ellipse into a sliced pizza. 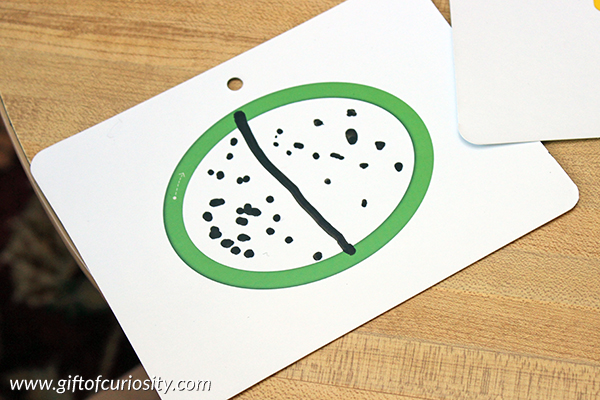 I used the number and mathematical symbols cards to teach QBoy a lesson on less than and greater than. I placed two numbers in front of him and asked him to put the correct symbol between the numbers. 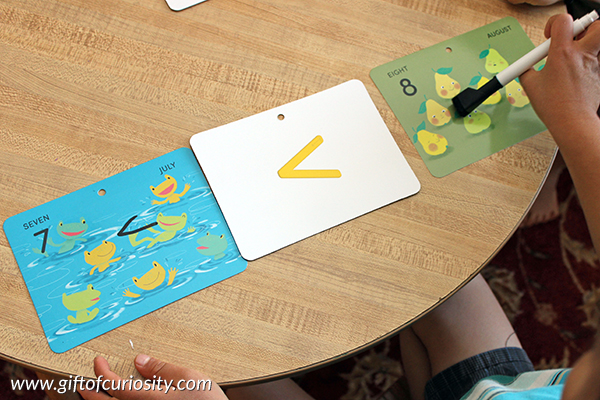 QBoy and I also used the cards to make mathematical equations. I created an equation, leaving out one of the numbers. He had to figure out what the missing number was and supply it to complete the equation. Then I had him read the entire equation to me to practice his math vocabulary. 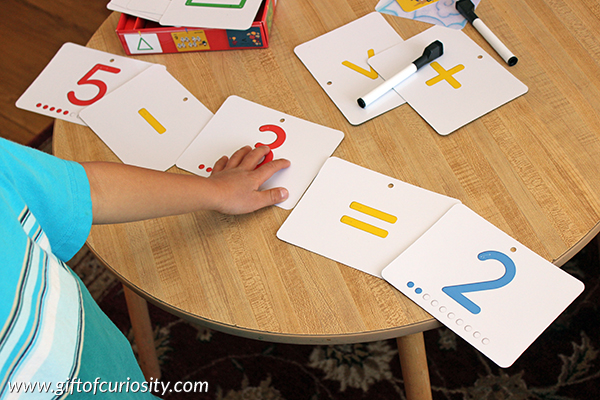 Overall, there are many things to like about these Wipe Clean Activity Cards:

There were, however, a couple of changes that would make the cards even better.